Southwest Airlines’ Senior Vice President, General Counsel & Corporate Secretary, Mark Shaw, together with Miss Cayman Islands, Anika Conolly, kicked off the celebrations with an honorary ribbon cutting ceremony at the gate at FLL, signifying the start of the new daily flight service. Unsuspecting travellers were showered with Cayman’s vibrant island spirit and rich local heritage as elements of the destination’s two most beloved on-island events, Pirates Week and Carnival Batabano, came to life right before their eyes with live entertainment and dancing. Rounding out the festivities were destination-inspired giveaways and refreshments for passengers to enjoy prior to the inaugural flight, including Blackbeards Rum Cakes and miniature stingray plush toys.

During the flight, guests were given the special “Caymankind” treatment as they travelled to Grand Cayman, soaking up everything from energetic Cayman Carnival dancers to enticing gifts and giveaways such as complimentary admission to various on-island attractions and even free return two-night stays. But the revelry didn’t end there, as key Southwest Airlines executives and local island performers, along with Ms. Conolly, warmly greeted the passengers immediately after deplaning on the GCM airport tarmac. Exemplifying the destination’s unmatched hospitality, travellers were delighted as they were escorted into the Cayman Islands’ airport with a parade of excitement and high energy surrounding them, providing an unforgettable beginning to their Cayman adventure.

“We are so thrilled to welcome Southwest Airlines as our newest airline partner and introduce daily nonstop service from Fort Lauderdale to Grand Cayman, a key U.S. market for us,” said Mrs. Rosa Harris, Director of Tourism. “We couldn’t imagine a more fitting way to celebrate this exciting new alliance and enhanced accessibility to our destination than with a special ‘Caymankind’ tribute to our loyal guests. This launch helped to set the stage for what we can only hope will be the first of many more memorable visits to our shores.”

“The airline with heart now brings our world-famous hospitality with wide-reaching smiles to the limitless sand and sea horizon of Grand Cayman,” said Mark Shaw, Senior Vice President, General Counsel & Corporate Secretary, Southwest Airlines. “A Caymankind journey on Southwest® brings the compounded value of excellent customer service on comfortable planes coupled with low fares, alongside our industry-unique combination of bags fly free and no change fees for everyone. We are honored to make the Cayman Islands the tenth country served by Southwest, America’s largest airline.” 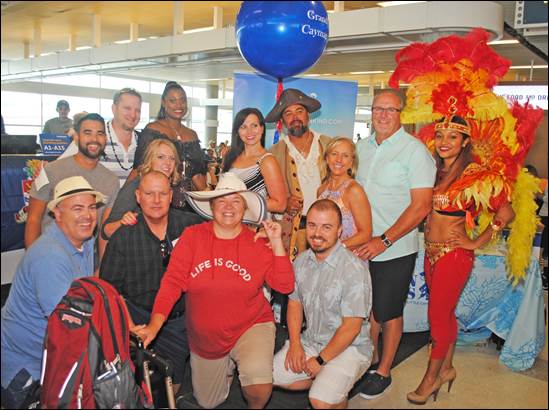 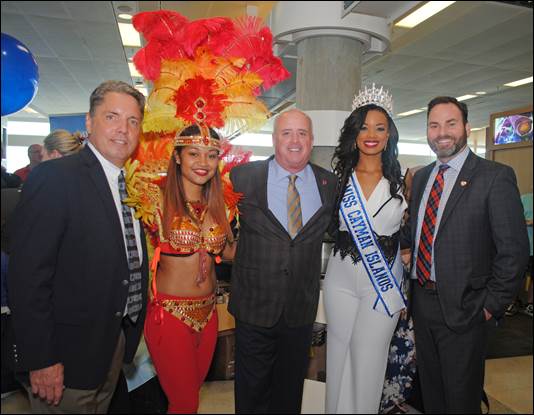 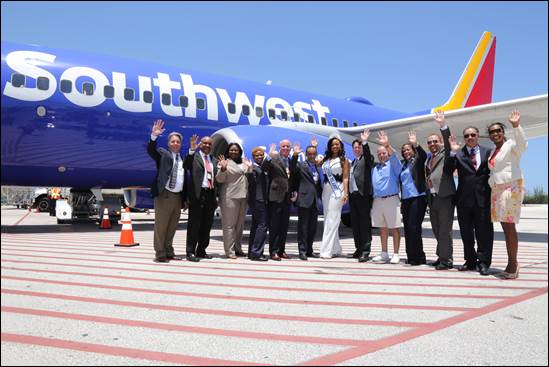 Caption: Executives and flight crew from Southwest along with Cayman Islands Tourism and Aviation officials celebrate the arrival of the first flight to Grand Cayman