Hi all:
“Tell me if Charles Savarin fits the following personality requirements:

The personality of the Head of State can be viewed from two main angles, the political arena and the public viewpoint.

In the former instance the President must be non-partisan with a special endowment to be objective in coming to a resolution on any matter. He should be able to effect consensus between political parties when no one else can. He is a symbol of national unity.

Where the general public is concerned, the President has to be a role model a person greatly esteemed with exceptional moral rectitude and high ethical standards. He also has to be a person of intellectual capacity who will know what he does not know and knows where to seek knowledge.

He must not be easily swayed by public opinion, but has the ability to listen and weigh carefully what is put before him before he acts. He must not be insensitive to the causes of the people.

He should have the capacity to be at ease at all levels of society and at the same time everybody should feel comfortable with him without violating the dignity of the office. A President has to be a people person who is sensitive to the needs and aspirations of the people. He must have the unusual ability to reprove people when they are wrong, yet understanding that he must be the person who is merciful.

He must understand the philosophies of the various societies, organizations and institutions that do so much to bring relief and show brotherly love. He must be humanitarian. He must be a public speaker with a public image that is above reproach.”

God bless,
Raglan Riviere,
Editor and Webmaster
Voices From The Dominica Diaspora &
Dominica Academy of Arts and Sciences.
“The leaders who work most effectively, it seems to me, never say “I”. And that’s not because they have trained themselves not to say “I”. They don’t think “I”. They think “we”. they think “team”. They understand their job to be to make the team function. They accept responsibility and don’t sidestep it, but “we” gets the credit…This is what creates trust, what enables you to get the task done”. Peter Drucker
SHARE TWEET PIN SHARE

Be the first to comment on "THE PERSONALITY OF THE PRESIDENT" 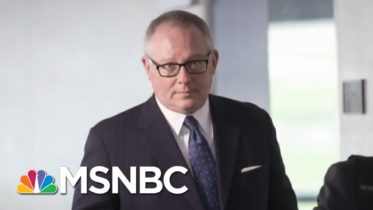 Chris Hayes says Michael Caputo and others in the Trump admin. “are working in positions of authority to undermine the science we need to…