Roseau, Dominica– May 20, 2010……… Attorney General, Hon. Francine Baron Royer has stated that contrary to opinions being expressed in the public domain, the Speaker of the House of Assembly, Hon. Alix Boyd Knights did act in accordance with the Dominica Constitution and the Standing Orders of the House of Assembly when she announced that the Marigot and Salisbury seats had become vacant.

The Attorney General convened a press conference on Tuesday to address a matter which has attracted much discussion in the media here.

“The Constitution specifically provides by Section 35 (3) (a) which I quoted earlier of how this should be approached. A member shall vacate his seat if he absents himself in circumstances prescribed by Parliament in its rules of procedure. Parliament has so prescribed in its Standing Orders.

“The Standing Orders of the House can be found at Chapter 1:01 of the Laws of Dominica. It provides at Standing Order 15 as follows:

Hon. Francine Baron Royer further explained that the representatives of the Marigot and Salisbury constituencies were absent from three consecutive meetings of the House to which they had been separately summoned during the same session and therefore by operation of law and in accordance with Section 35 of the Constitution, “the member must vacate his seat” .

In response to suggestions that it is the High Court that must determine if a seat becomes vacant, the Attorney General disagrees:

Section 40 of the Constitution states that “the High Court shall have jurisdiction to hear and determine any question whether any member of the House has vacated his seat.”

The Attorney General added that Section 40 specifically grants jurisdiction to the Court to make a determination on the question whether a seat has in fact become vacant where that issue is in dispute. Mrs Francine Baron Royer cited an example where “a Member may wish to dispute whether Standing Order 15 (2) was properly applied when his seat was declared vacant. He may wish to establish for example that he did not in fact miss three consecutive meetings of the House and so Standing Order 15 (2) did not apply”.

“Since the Speaker is the one responsible for the business of the House, the Speaker has the responsibility to inform that a seat has become vacant by virtue of the operation of law i.e Standing Order 15 (2) …” the Attorney General concluded.

The decision by the Speaker of the House of Assembly to declare the Marigot and Salisbury seats vacant paves the way for by-elections in those constituencies within ninety (90) days of the seats being declared vacant. 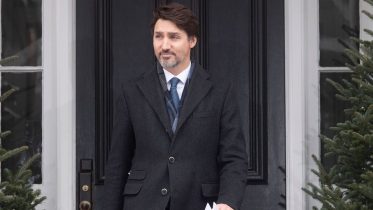 Prime Minister Trudeau reiterated the need for Canadians to practise social distancing in an address to the nation. Subscribe to CTV News to watch…