Australia’s third Test against the West Indies in April has been moved from Guyana to Dominica.

The decision was made to take the game away from the Guyana National Stadium by the West Indies Cricket Board (WICB) after a dispute over who is running cricket in Guyana.

Last month, the Guyana Cricket Board (GCB) was locked out of its premises by the Guyana government, which appointed an Interim Management Committee (IMC) headed by Clive Lloyd to govern the sport in the country.

The core of the issue was a concern over disputed results in last year’s GCB elections.

The WICB refused to acknowledge the IMC and took the first four rounds of the West Indies domestic first class tournament out of Guyana.

A WICB statement said the Test against Australia would be played at Windsor Park in Dominica though the dates of April 23-27 were unchanged.

“The change in venue is as a result of the situation in Guyana owing to the Government of Guyana’s push to take over the management and governance of cricket in the country,” the statement said.

“The Guyana Cricket Board which is the agent of the WICB and the legitimate cricketing authority has been prevented from undertaking the necessary tasks needed to ensure the successful hosting of the match.”

The International Cricket Council has also spoken of its disapproval to the Guyanese government’s intervention in the management of cricket.

The third Test against Australia is part of a tour starting on March 16 which includes five one-day matches and two Twenty20 clashes.

The first and second Tests will be played in Barbados and Trinidad respectively.

Australia in flames – evacuations continue as the bush fires get worse 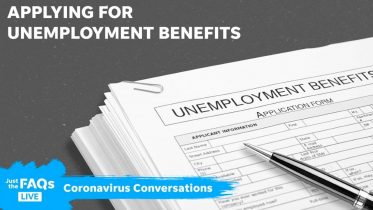 Why is it so hard to file for unemployment? | Just The FAQs

HHS secretary: We don’t know how many have been tested yet

National security analyst: This is one of the scariest things I’ve said on TV