Thousands of President Trump's supporters descended on Washington, D.C., to march in protest against the results of the presidential election after Joe Biden was projected President-elect. Many supporters carried signs claiming the election was stolen and chanted support for President Trump.» Subscribe to MSNBC:

Maya Wiley: Police Unions Are ‘Part Of The Problem’ To Real Reforms | The Last Word | MSNBC

CDC Adviser: ‘It’s A Lot Easier To Wear A Mask Than A Ventilator’ | Deadline | MSNBC 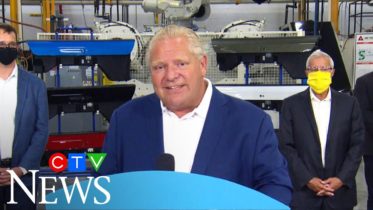 Ontario Premier Doug Ford pleads with teachers' unions to cooperate with the province in regards to its back-to-school plan. Subscribe to CTV News to…

Ari Melber: The White House Defense Is In ‘Dersh-Land’ | MSNBC