Rachel Maddow looks at the record number of Covid-19 hospitalizations in the United States that has strained the medical system nearly to the breaking point, and then points to the record number of daily new cases that will be generating new hospitalizations in the near future. How will hospitals handle the next wave? Aired on 12/4/2020.
» Subscribe to MSNBC:

‘Gigantic Baby’: Trump Plummets As His Own Execs Back Biden | The Beat With Ari Melber | MSNBC 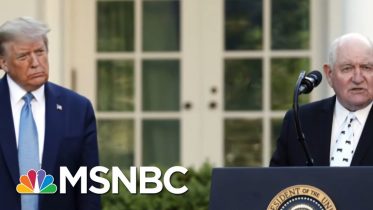