Many people in the U.S. and around the world took to dancing in the streets over Pres. Trump’s loss, which rapper Fat Joe likens to celebrations of toppled dictators in world history. Fat Joe, who campaigned against Trump, reflects on the President’s loss in a special set of discussions on “The Beat with Ari Melber” that included Carole King and former Bush WH official Bill Kristol, who had teamed up with Kristol as a fellow Trump critic over the past four years. The two discuss their reactions to the election and, in an irreverent tribute to King, Joe closes the discussion by singing “It’s Too Late,” a hit off her 1971 album “Tapestry.” (This interview is from MSNBC’s “The Beat with Ari Melber, a news show covering politics, law and culture airing nightly at 6pm ET on MSNBC. ). Aired on 11/13/2020.
» Subscribe to MSNBC:

Trump won these key states in 2016. Now, he’s losing them

Trump on Harris: ‘She did very poorly in the primaries’

Senator Bernie Sanders On Donald Trump And Israel | All In | MSNBC

49 Comments on "‘Too Late’: As People Dance Over Trump Loss, Rapper Fat Joe Sings Him Goodbye On TV | MSNBC" 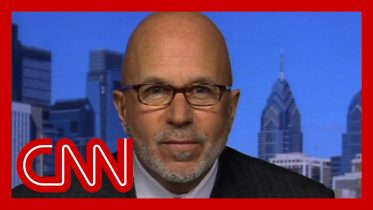 Smerconish: Here’s how my coronavirus approach has changed

CNN's Michael Smerconish explains how his life has changed over the past week as coronavirus continues to spread throughout the US. #CNN #News

RPT: Judiciary Committee Plans To Vote On Articles Of Impeachment This Week | The Last Word | MSNBC