Nothing beats success like success.  Now that Antigua and Barbuda has two athletes of world class standing, now that we have Daniel “Bakka” Bailey as the 4th fastest runner in the world, now that we have Brandon Christian as Pan Am Games Champion and a combatant in the semi-finals in the 200 meters in the World Championship in Berlin Germany most Antiguans and Barbudans identify with these two young men; we sing praises and the nations exhales and feels a sense of pride. We boast of our small size exalt in the fact that notwithstanding our small size and population we can rise to the level of world excellence and we all vicariously share the joy of achievement of two iconic Antiguans.

But let us not forget that these are two young men of the Caribbean like Usain Bolt and all the other outstanding athletes from the Caribbean, it speaks to the inherent potential excellence and greatness of our Caribbean people.

It is instructive that Sonya Richards who won the 400 meters was born in Jamaica.  It is also noted that Cleman who won the 400 meters hurdles was born in Trinidad and Tobago although they both represented the United States of America.  It is not ironic that we are hounding and rejecting our fellow Caribbean nationals while the great United States have embraced our native born and made them one of their own recognizing as they have done since the days of Ellis Island that the aspiration of the American Dream and its forefathers was to harness human excellence from wherever it came, place it into the melting pot of America and forge a new nation that would be the greatest human experience and an incomparable nation.

By an incident of birth I was born in United States of America, but the totality of my family and my early development was embedded in Antigua and Barbuda.  I could have chosen to Long Jump for America and my coach Don Canham even raised the prospect with me, but I never wavered in my commitment as an Antiguan and Barbudan.

This allowed me to represent that West Indies Federation in 1959 at the Pan Am Games and like Daniel Bailey who has an excellent  relationship with Usain Bolt, I experienced a transformational journey with such coaches as Herb McKenley and more important a Caribbean unity with greats of the West Indies athletes, including such men as Dr. Basil Ince who at the same Pan Am Games ran with three Jamaicans to win a Gold Medal in the 4 x 400 relay and who later became the Foreign Minister of Trinidad and Tobago.

I have written all this in the hope that maybe some of my fellow Antiguans and Barbudans will learn through our athletic history and my experiences that there is only ONE Caribbean and that we should reach out to all our Caribbean people because in doing so we will show the world that this little patch of earth has and can continue to produce more Nobel Price Winners such as Sir Arthur Lewis, Derrick Walcott and great men such as Marcus Garvey.

Leader of the A.L.P 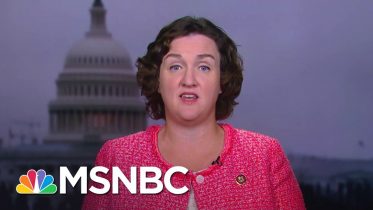 Senator Elizabeth Warren is going after former Mayor Mike Bloomberg over his record with women, but why isn't she going after another candidate over…

Meacham On Trump: ‘Is This The Person You Want Sitting There At The Pinnacle Of Power?’ | MSNBC

‘It shows a sign of weakness’: professor on rail blockade arrests

Republican defends President Trump: There is no crime