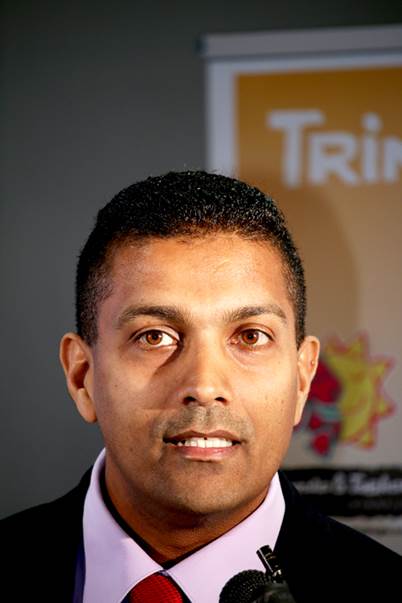 Also, speaking at the cocktail reception was Arveon Mills, Sales Manager of the Convention Bureau who made a destination presentation to the audience and debuted a new destination Convention DVD which was warmly received.

Mr. Keith Chin, Chief Executive Officer of the TDC brought the night’s official function to a close and invited the appreciative audience to sample the food and music of the destination while encouraging networking with representatives from Hyatt Regency Trinidad; Magdalena Grand Beach and Golf Resort, Tobago and the Tobago House of Assembly- Shaw Park Complex who were present to promote their various properties and product offerings.

Increasing the number of meetings and events held in Trinidad and Tobago is a key deliverable of the Bureau and the road show is a marketing promotional tool employed to build awareness of Trinidad and Tobago as a Meeting, Incentive, Conference and Exhibition (MICE) destination in the USA and to promote the services offered by the TTCB in an effort to increase bid opportunities.

Worldwide, at least 50 million trips are taken each year for MICE purposes which according to the World Tourism and Travel Council (WTTC) Economic Impact report is expected to rise by 3.7 % per annum to USD 1,666.1 bn in 2024. Current trends indicate that with an improving global economy, there is once again a renewed demand for meetings and events for associations to showcase their latest products and attract clients.

The United States of America continues to be the main source market for arrivals to the destination with over 80,000 MICE arrivals per annum and 39% of total stop over arrivals, making it a lucrative lead generation strategy to position Trinidad and Tobago as the place to do

business. Trinidad and Tobago’s presence in these cities will aim to strengthen relationships with key meeting planners in the North American market.

Other cities included in the road show are Washington DC and New York which like Atlanta are headquarters to a large number of associations, professional bodies and Caribbean interests who are heavily vested in the MICE market and are looking for new destinations to bring their meetings and conferences. The road show rolls into Washington DC at the Grand Hyatt Washington on May 6th and concludes in New York City on May 8th at the W New York Times Square.

The Trinidad and Tobago Convention Bureau (TTCB) acts as a liaison between meeting planners and local suppliers and offers a number of complimentary services. These services include assistance with conference bids, site inspections, destination information packages and tour proposals. 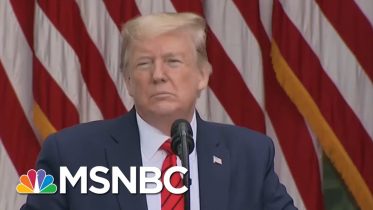 Days after a top aide to Vice President Mike Pence tested positive for COVID-19, the White House is now requiring staffers in the West…

Farm owner: Without immigrants ‘this town would die’