Trump Accidentally Revealed A *lot* About His Taxes

Donald Trump is the only modern American president to never release any of his tax returns — either while running for president or during his time in office. He's offered a series of explanations for why that is, including that he is under audit by the Internal Revenue Service and that his taxes are too complicated for anyone to understand. At his town hall with NBC in early October, though, Trump inadvertently revealed a whole lot about his tax returns to moderator Savannah Guthrie.

Analysis: Donald Trump just revealed *a lot* more than he meant to about his tax returns

Dr. Gupta: Trump rally risks are an anatomy of an outbreak

Ben Rhodes Explains That The U.S. Is The Most Vulnerable During A Transition | Deadline | MSNBC

77 Comments on "Trump accidentally revealed a *lot* about his taxes" 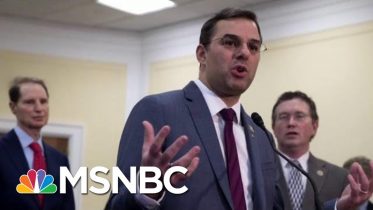 As Trump defends the tweets that have widely been criticized as racist, the House on Tuesday passed a resolution on Tuesday night condemning those…