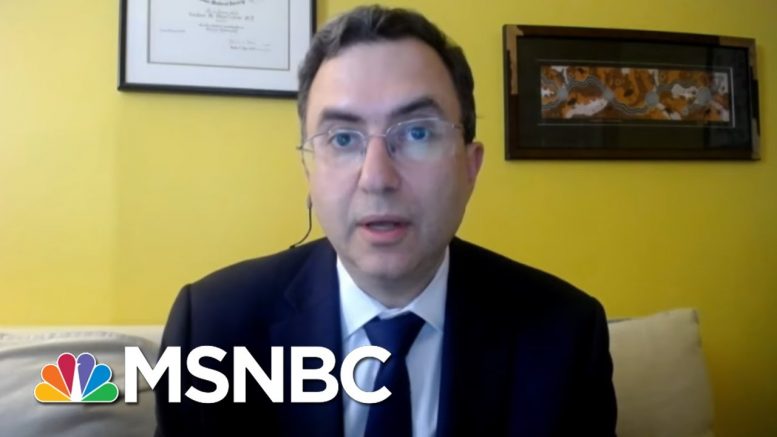 Dr. Joshua Sharfstein, Vice Dean for Public Health Practice at the Johns Hopkins School for Public Health, joins Andrea Mitchell to discuss reporting from the New York Times that the Trump administration is privately projecting that daily case totals could rise to 200,000 by early June, and daily deaths could double to about 3,000, even as states begin to ease lockdown measures. Aired on 5/4/2020.
» Subscribe to MSNBC:

Washington Post’s Leonnig: Officials Were ‘On The Prowl For Weapons Of War To Use Against Protestors

Sen. Booker On GOP Police Reform Bill: ‘There’s No Desire To Get Something Substantive Done’ | MSNBC