Mark Shriver and Sister Simone Campbell join Andrea Mitchell to discuss the role empathy plays in the Catholic vote. Shriver says that Catholic voters are looking at Biden and asking, "'How do we get this country back on its feet economically, led by a guy who has humility and decency? I think that will resonate with Catholic voters." Sister Campbell discusses Pope Francis declining to see Secretary of State Mike Pompeo. Aired on 10/01/2020.
» Subscribe to MSNBC:

Maddow On Trump White House: It Feels Like The Wheels Are Coming Off | The 11th Hour | MSNBC 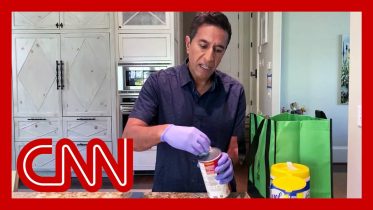 How to properly wipe down your groceries and remove gloves

CNN's Dr. Sanjay Gupta demonstrates the proper way to wipe down grocery or take-out items before bringing them into the house, and how to…