Pres. Trump and top Republicans have closed the 2020 campaign by arguing they back certain parts of Obamacare and it is unlikely to be overturned in Court. Trump made new waves by admitting he hopes to end the whole law in court, and MSNBC’s Ari Melber reports on the admission. (This interview is from MSNBC’s “The Beat with Ari Melber, a news show covering politics, law and culture airing nightly at 6pm ET on MSNBC. ). Aired on 10/22/2020.
» Subscribe to MSNBC: 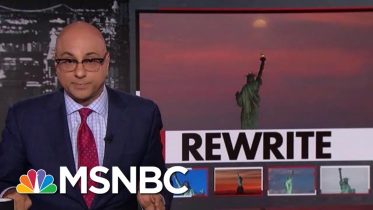 Yet another Trump administration official questions the famous poem on the Statue of Liberty. » Subscribe to MSNBC: MSNBC delivers breaking news, in-depth analysis…

Dr. Osterholm: Clearly We Are In Another Surge Of Virus Cases | Morning Joe | MSNBC