All reports now indicate that the people of Libya are rescuing themselves from the grips of the dictatorship in which they have been engulfed for the past forty years. The United Workers Party joins the international community in condemning the Wanton massacre of citizens and residents of Libya by their leader Colonel  Muammar Qaddafi. Our party reaffirms its support for the return of true democracy to the Libyan people. It is to the eternal shame and disgrace of the Commonwealth of Dominica that our leaders, that is, Prime Minister Roosevelt Skerrit, Ambassador to Libya Emanuel Nanton and Mayor Cecil Joseph, all found it appropriate to fully endorse and support Mr. Qaddafi in his exploits against his own people. It will be recalled that Mr. Skerrit, only a few weeks ago, offered full assistance to Mr. Qaddafi in the slaughter of Libyans fighting for their liberation. We call on Dominicans to condemn Mr. Skerrit’s use of Dominican resources to support the Libyan dictator. Mr. Skerrit should also inform the citizens of the state of the nature and scope of the assistance he proposes to give to his friend and mentor Colonel Qaddafi.
Seen against the background of his refusal to facilitate legitimate calls for electoral reform and also government approved spying on private citizens, there is a deep and justifiable concern that Mr. Skerrit has placed our country firmly on the road to full blown dictatorship.
Mr. Skerrit has severely undermined the interest and integrity of the Commonwealth of Dominica in the eyes of the international community and must apologize to the nation for this grave and unpatriotic act of betrayal. 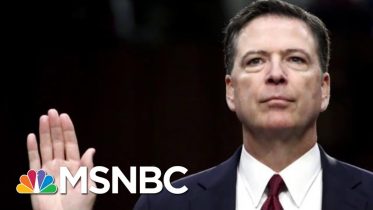 The Department of Justice has released the Inspector General report on former FBI Director James Comey leaking memos about his meetings with President Trump….