NEW YORK, NY, Thurs. April 2, 2009: More than five dozen Caribbean community leaders and the media gathered in Brooklyn, New York, the borough with the most migrants from the Caribbean region, to mark Census Day 2009 on Wednesday April 1 and the message was clear to all across the country – `Stand Up and Be Counted` or face being ignored by the U.S. government, politicians and corporations. `If you don`t fill out the Census form you simply don`t exist in America,` said Felicia Persaud, founder of CARIBID, the movement founded by Felicia Persaud to get Caribbean nationals counted and a self-identifying origins category on the Census form which hosted the Brooklyn kick-off event.

The 2010 Census will begin next April 1, 2010 with questionnaires mailed to all households beginning next March.
Persaud insists now that every Caribbean national across the U.S. must become ambassadors in the process, urging every family member, friend, co-worker, colleague, church member, customer, et al, to fill out the form.
`Everyone is busy but please remember that if you want social services in your city, if you want sponsorship and advertising dollars, if you want investment or for your business to grow, everything we do starts with the Census,` said Persaud. `So it is important that we use all tools available – social networks, email signatures, word of mouth, organizations, parties, media, to share the message to ensure that come 2010 the Caribbean community gets its slice of the pie in terms of dollars and recognition on a national level.`
Most importantly, Persaud and CaribID, urge all to tick the `No not of Hispanic, Latino, or Spanish-origin` box on question 8 of the form and write in their country of origin in the blank box. `This is to ensure that we send a strong message that we too want out own ancestry box on the form,` said Persaud.
Of course this is an origins category and has nothing to do with ethnicity so it will not take away from the many Caribbeans who are black or feel they are of another ethnicity.
The April 1 kick-off in New York, one year ahead of the April 2010 Census, was held  to urge all to become ambassadors in the process of ensuring Caribbean nationals fill out the form, write in their origins and ensure they count in 2010.
It was sponsored by CaribWorldNews, the Caribbean Immigrant Services, Bedford Stuyvesant Restoration, One Caribbean Radio of WNYH 740 AM, Mauby Media Services and Tropical Paradise Restaurant.
Top officials from the New York/New Jersey census office as well as the coordinators of the New York City Census office were on hand for the launch.
Reva Sears, partnership coordinator of the New York/New Jersey Census, reminded those gathered that the Census determines most importantly, how $300 billion in federal aid will be spent each year, for the next decade, so each person must be counted.
Addressing the issue of privacy, Sears stressed that the Census cannot share any information with other government agencies and anyone from the body that does will be fined and jailed. She also urged all Caribbean leaders present that a true count of the community was now `in their hands.`
Stacey Cumberbatch, coordinator of the New York City Census office, reiterated that the Brooklyn Caribbean community suffered from an undercount in the last Census and the same mistake cannot be made for 2010.
Among those in attendance at the event were John Flateau of Medgar Evers College; the new executive director of the West Indian American Day Carnival Association; Jean Alexander of the Caribbean American Center of New York, The Caribbean American Chamber of Industry and Commerce; Jose Francisco Avila of the Garifuna Coalition and several media partners including Jared McCallister of the NY Daily News, Caribbean Lifestyle Television`s Andrea Bullens, Roland Hyde of Style Masters TV, Tony Best of Carib News and the Barbados Nation, CaribUnity.com, Allison Skeete, Hayden Roger Celestin, Denton Hutchinson of One Caribbean Radio and Glenda Cadogan of Mauby Media Services.
Bobby Vieira of One Caribbean Radio emceed the event which concluded with a special presentation as Census coordinators, including Caribbean partnership specialist, Irwine Clare and Guyanese partner specialist Chuck Mohan, joined Sears and Cumberbatch in passing a baton to Persaud, signifying the symbolic commencement of the race the community must now run to April 2010 to ensure the census forms are filled out and returned.
All Caribbean nationals are urged to become ambassadors in the process and to stand up and truly be counted. For simple ways to spread the word or to join the movement log on to www.caribid2010.com or for more on Census 2010 log on to http://2010.census.gov/2010census/
SHARE TWEET PIN SHARE

Be the first to comment on "U.S. Caribbean Nationals Urged To `Stand Up and Be Counted`" 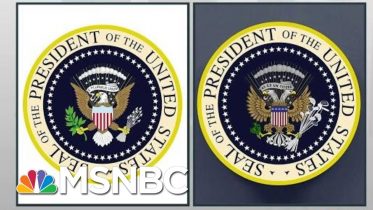