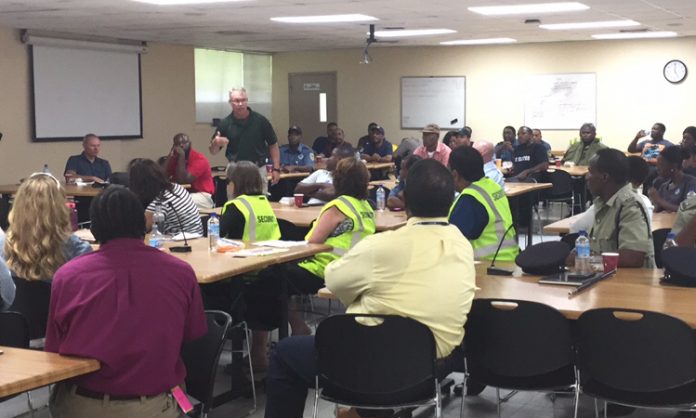 US Embassy conducts active shooter training in Dominica is in an effort to assist in the possibility if a shooter incident took place on the island.

Those attending were from the Commonwealth of Dominica Police Force, medical services personnel and staff from the university.

The training was organised by the embassy’s Regional Security Office.

It facilitated by Paul O’Keefe, deputy chief of police of the city of Aurora, Colorado.

O’Keefe was the on-scene commander during the 2012 Aurora movie theater shooting, where a single shooter opened fire on moviegoers.

O’Keefe now uses his experience to train others in responding to these types of situations.

One of the primary goals of the training was to gather stakeholders together in one place to discuss coordination, and other logistical and technical requirements, in the event that an active shooter incident took place on the island.

US ambassador to Barbados, the Eastern Caribbean, and the OECS, Linda Taglialatela, said: “We’re pleased to have brought an expert like Deputy Chief O’Keefe to Dominica, and we remain committed to working with our partner nations in the region on strengthening security for continued citizen safety.”

The active shooter training sessions are also taking place in Grenada and Barbados.