Visit Antigua And Barbuda During Our 2017 Year Of Celebrations 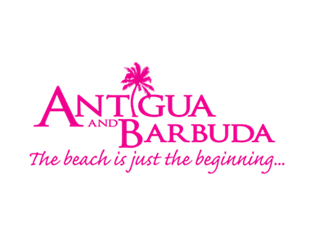 VISIT ANTIGUA AND BARBUDA DURING OUR 2017 YEAR OF CELEBRATIONS 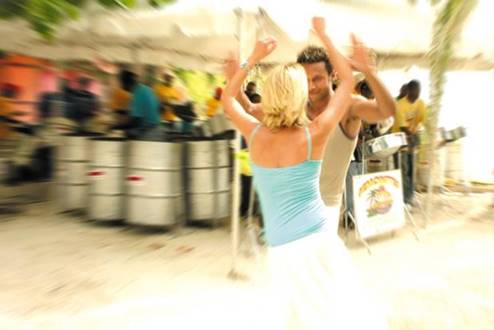 (St. John’s, Antigua) February 1, 2017 – Be ready to celebrate, as the twin-island of Antigua and Barbuda heads into 2017, a landmark year for the Caribbean destination with celebrations of major anniversaries for flagship events: The Antigua Classic Yacht Regatta, Antigua Sailing Week, Antigua and Barbuda Carnival: The Caribbean’s Greatest Summer Festival, and amazing, new events and exciting product developments.

Say I Do in Antigua and Barbuda

This February, the Caribbean’s Most Romantic Destination as voted by the World Travel Awards for two consecutive years in a row, launches its “Say I Do” Romance Campaign with a grand destination wedding in the twin-island up for grabs by couples interested in winning the wedding of their dreams.  Activities planned from February to the destination’s romance month of June include the launch of specially crafted romance packages, a dedicated Antigua and Barbuda Romance Facebook page, and a Love Line at the V.C. Bird International Airport for couples getting married in Antigua and Barbuda.  www.visitantiguabarbuda.com/destination/say-i-do/

The John Hughes Community Mill Hunt Tour will be launched this March as part of the UNWTO International Year of Sustainable Tourism for Development. The Mill Hunt Tour consists of a moderate hike to six sugar mills in the John Hughes community in Antigua. Participants will receive historic information of the Mill Estate as well as clues to subsequent mills with a small authentic John Hughes tokens presented at each mill. The tour culminates with a tasting of local cuisine at the center of the village.

In April, the Sailing Capital of the Caribbean hosts the 30th Anniversary of the Antigua Classic Yacht Regatta from 19 April – 25 April 2017, in the newly designated UNESCO World Heritage Site, Nelson’s Dockyard, the only working Georgian Naval dockyard in the world. Beautiful classic yachts dot the English Harbor and purist sailors participate in four days of racing at the internationally recognized event. www.antiguaclassics.com

The prestigious Antigua Sailing Week, one of the world’s finest regattas celebrates its 50th Anniversary from 29 April – 5 May 2017, with nightly parties and five challenging days of racing in some of the best sailing conditions in the world.  Antigua Sailing Week attracts between 100 – 200 boats ranging in size from 24 to over 100 feet. The Regatta attracts serious racing boats including state-of-the-art, high-tech racing machines, along with a variety of performance cruising and cruising boats. www.sailingweek.com

3rd Run in Paradise Half Marathon

The third edition of the Antigua & Barbuda Half Marathon ‘Run In Paradise’, takes place on 28 May 2017. The Run In Paradise Half Marathon, will take runners along the scenic northern coast of the island, showcasing beaches and historical sites. The highly-anticipated event which ends at the Fort James beach, also offers a 5K option and the newest addition, a 10K. www.runinparadise.com

The south western quadrant of Antigua will be declared as a Green Corridor in June. With a number of hotels along Antigua’s scenic south west coast, either green certified or engaged in green practises, Antigua’s Green Corridor will stretch from Sugar Ridge Resort and Spa, and end in the village of John Hughes, noted for their community tourism initiatives.  Antigua’s sister island Barbuda, will be developed as a totally “green” island, and throughout the year, the Ministry of Tourism will plan and create programmes and policies to ensure the sustainable development of tourism projects in Antigua and Barbuda.

Antigua and Barbuda’s Carnival, the Caribbean’s Greatest Summer Festival celebrates its 60th anniversary from 28 July – 8 August 2017. For the milestone year, you can look forward to an explosion of color, music and artistry, sure to excite and entertain. Under the theme ‘Experience Greatness’ party lovers will get swept up in the excitement of the carnival and it steelpan, soca fetes, calypso, pageantry, and costumed parades. This energetic festival stretches into August with visitors and residents coming together on the streets of St. John’s for the grand finale on Carnival Monday and Tuesday.  www.antiguacarnival.com

25 years of Dance and Culture

The Antigua Dance Academy celebrates their 25th Anniversary with events taking place throughout the year.  Key performances not to be missed include the Academy’s major dance production on 2 July 2017 entitled “Rising Consciousness”, which will focus on folklore through, dance, drama and the music of the country.  The year of celebration climaxes with the Caribbean Folk Dance Festival “Out of the Drum”, from 9 November – 12 November 2017, featuring the dance of Antigua and Barbuda and neigbouring islands Guadeloupe, Trinidad and Tobago, Saint Lucia and Dominica. The festival includes several productions, workshops, and the live, indigenous Caribbean music associated with the dances.

For more exciting events and developments in Antigua and Barbuda visitantiguabarbuda.com 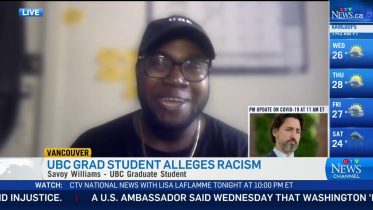 What Do Dems And Trump Think About Sanders As A Possible Nominee? | The 11th Hour | MSNBC