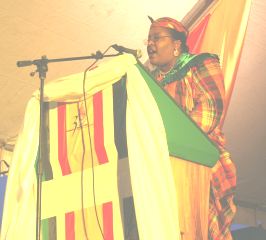 Roseau, Dominica – January 10, 2008……………….. Minister for Culture, Hon. Loreen Bannis-Roberts has called for more focus to be placed on the traditional aspects of the carnival craft for the Real Mas 2008 in Dominica.

Hon. Bannis-Roberts made the announcement at the Media Launch of the Real Mas 2008 at a glittering ceremony at the Fort Young Hotel in Roseau on January 3, 2008.

‘As we celebrate Reunion Year, we remind carnival makers and the general public that this year our focus should be more on the traditional aspects of the carnival craft. We are certainly in a traditional mode for the Real Mas 2008. So the focus of our masquerade bands, our costume builders, song writers and other creative persons involved in this year’s carnival should be in highlighting those aspects of the Real Mas which capture the essence of our unique carnival art form and which demonstrate the unique brand of carnival in Dominica,” Hon. Bannis-Roberts stated.

In recent years Dominica has been promoting its carnival as a distinct and unique product in stark contrast to the other carnivals in the Caribbean.

In delivering the feature address at the Media launch of the Real Mas 2008, the Minister emphasised that in 2008, “we need in our Reunion Year Carnival to give this distinctive flavour to our carnival celebrations in Dominica and clearly show the world why we have a mas that is truly the most original and dynamic”.

Dominica’s 2008 carnival celebrations are taking place in ReunionYear as the country celebrates its 30th Anniversary of Independence.

The theme for Reunion Year is Celebrating the journey together.

Hon. Loreen Bannis-Roberts used the wonderful ambience of the  Fort Young Hotel to encourage Dominicans in the Diaspora and friends of Dominica to come to Dominica for Reunion Year.

” Let’s all work towards making The Real Mas, Reunion 2008 Carnival  the biggest ever carnival celebrations. On behalf of the Government and people of Dominica, I invite Dominicans in the diaspora and friends of Dominica to come home, to come and visit Dominica during Reunion Year 2008. We offer Dominica as a safe destination, come for the experience of a lifetime,” Hon. Bannis-Roberts enthused.

Saturday, January 12, 2008 will see the National Parade & Official Opening of the Real Mas 2008,  starting from 3.30 pm at the Pottersville Savannah, with the opening ceremony scheduled to begin at 6pm on the Dame Eugenia Charles Boulevard. (Ends)

Be the first to comment on "“WE MUST FOCUS ON THE TRADITIONAL ASPECTS OF CARNIVAL CRAFT,” SAYS CULTURE MINISTER" 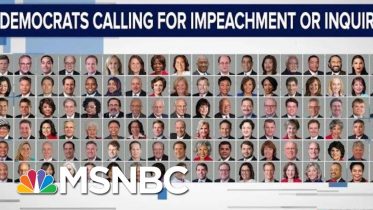 In the wake of Mueller, the impeachment caucus swells to 108 democratic members. Rep. Emanuel Cleaver joins The Beat on why he now supports…

Homeowner who pulled gun on protesters: I was a victim of a mob