“Now we are in the third spike, and there is nothing left to say—other than the President and the Republican Party are willfully getting people killed,” says Chris Hayes. Aired on 10/16/2020.
» Subscribe to MSNBC:

We’re In A Third Covid Spike. Chris Hayes Says, ‘There Are No More Excuses.’ | All In | MSNBC

By The Numbers: Steve Kornacki Breaks Down Why Sen. Harris Dropped Out | Velshi & Ruhle | MSNBC

Maddow: With The Rule Of Law Failing Under Trump, Just Diagnosing The Problem Isn’t Enough | MSNBC

Congressman: US troops are a force for good in Iraq

72 Comments on "We’re In A Third Covid Spike. Chris Hayes Says, ‘There Are No More Excuses.’ | All In | MSNBC" 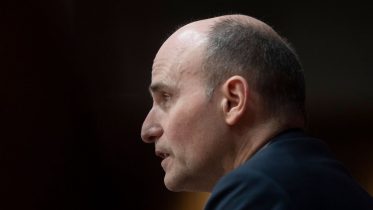 IMF projects Canada’s economy to shrink 6.2 per cent in 2020

Treasury Board President Jean-Yves Duclos discusses the IMF's prediction that Canada's economy will shrink by over six per cent in 2020. Subscribe to CTV…

Taking a look back at Kamala Harris’ Canadian past

Watch All In With Chris Hayes Highlights: October 26 | MSNBC

Eugene Robinson: I Am Sick Of Having This Conversation | Morning Joe | MSNBC