Last year, President Trump reportedly floated the idea of buying Greenland from Denmark, even after he was told it was not for sale. This summer on a trip to Denmark, Secretary of State Mike Pompeo was asked again about the President’s interest in buying Greenland — and Pompeo did not shut it down. Chris Cillizza explains what exactly is going on with Trump and Greenland, and why this idea just won’t go away.

SOURCES AND FURTHER READING:
Wait, are we *still* trying to buy Greenland? 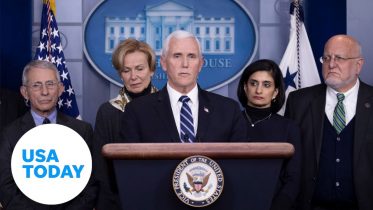 As the worldwide total of coronavirus cases surpassed 100,000 on Friday morning, thousands of people are still stuck on a cruise ship off the…

Elizabeth Warren On The Money In Presidential Campaigns | All In | MSNBC

Coronavirus Is Over (If You Want It) | Rachel Maddow | MSNBC

CNN analyst: Trump has put science to the side