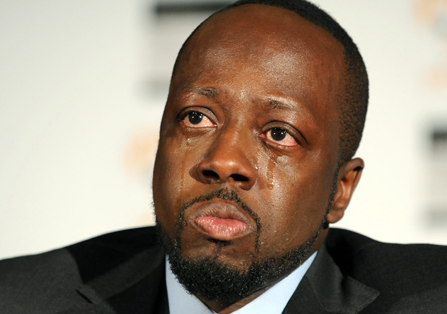 Wyclef Jean’s Yéle Haiti charity, once what the singer said was the country’s “greatest asset and ally” is now defunct and in debt.

The charity’s collapse comes after years of accusations of mishandled funds, which amounted to a reported $16 million following the 2010 earthquake in Haiti.

“Yéle was small before the earthquake, with only $37,000 in assets,” reports The New York Times. “Immediately afterward, money started pouring in. Mr. Jean said he raised $1 million in 24 hours when he urged his Twitter followers to text donations.”

Instead of funds going directly to the cause, The Times reports that the organization spent much of its money on “offices, salaries, consultants’ fees and travel,” as well as pay for Jean’s family, friends and defense attorneys.

“If I had depended on Yéle,” said Diaoly Estimé, whose orphanage features a wall painting of Mr. Jean and his wife, “these kids would all be dead by now.”

Between 2005-2009, the charity spent “$256,580 in illegitimate benefits to Mr. Jean and other Yéle board and staff members as well as improper or potentially improper transactions.”

One “improper” use of funds included doling out $30,763 to fly Lindsay Lohan to a fundraiser that raised $66,000 and spending $57,927 on private jets to fly Matt Damon and other celebs to Haiti.

Following the earthquake in 2010, Yéle spent $9 million of their $16 million in donations on office space and salaries.

Jean himself took $100,000 to perform a charity concert and has given his relatives paychecks of over half a million dollars for unspecified work.

Not to mention, The Smoking Gun posted documents showing that the group made payments of over $100,000 to Jean’s alleged mistress.

At the end of August, Derek Q. Johnson, Yéle’s chief executive, announced his resignation to supporters, saying “As the foundation’s sole remaining employee, my decision implies the closure of the organization as a whole.” (Jean disaffiliated with the charity to run for president of Haiti in 2010–which he was later disqualified from because he lives in New Jersey.)

According to The Times, Johnson, a former Time Warner exec, resigned “after Jean declined to accept a settlement proposed by the attorney general covering the charity’s pre-earthquake activities …The settlement would have required Mr. Jean and the two other Yéle founders to pay $600,000 in restitution ‘to remedy the waste of the foundation’s assets.'”

Trump was warned many times about virus, NYT reports 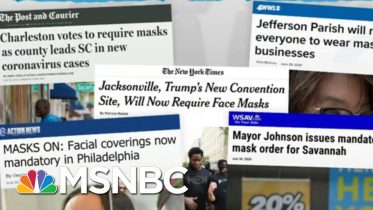 CABINET EMBARKS ON NEW ROUND OF TOWN HALL MEETINGS