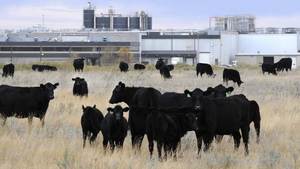 The Hong Kong Centre for Food Safety is advising companies to stop selling and to recall what it describes as “a small portion” of beef from XL Foods which had made its way to local shops.

“We will continue liaising with the Canadian authorities and closely monitor the situation,” the agency said in a notice posted Friday online. “Relevant control measures will be reviewed when further information is obtained.”

The agency said imports have been suspended for XL products which were produced on or after August 24.

Meanwhile, the number of cases of E. coli in Canada linked to the strain from XL’s contaminated product now sits at 11, with a new case discovered on Vancouver Island.

The B.C. Centre for Disease Control said the patient who tested positive two weeks ago has recovered from the illness and an investigation has been launched into the source of the contamination.

Based on all the information collected by the Public Health Agency of Canada, the other 10 cases involving the strain linked to products from XL Foods were found in Alberta, Newfoundland and Labrador and Quebec.

In light of the growing beef recall, which began in September, the Canadian Food Inspection Agency (CFIA) has announced it will begin a “detailed assessment” of the XL Foods in plant in Brooks, Alta., starting Tuesday.

Officials from the agency said they will be checking safety controls at the plant and will determine if XL Foods has fixed the problems uncovered by the agency.

XL foods have requested that the licence be re-instated however, officials say there is no anticipated re-opening date for the plant as of yet.

The plant’s operating licence remains suspended and all its products continue to be under CFIA control.

XL Foods products have been exported to over 20 countries around the world. These countries conduct regular inspections in order to allow import, and the XL Foods plant has undergone eight foreign audits over the past four years.

The CFIA said Monday they have identified all of the products which could be contaminated and they are in the process of bringing them back or disposing of them.

South of the border, the U.S. Food Safety Inspection Service announced that it has almost tripled its estimate of the amount of recalled beef that was imported from the XL Foods plant.

An estimated 1,134,000 kilograms of beef from the recall list that could potentially be contaminated with E. coli entered the United States, the agency said in a revised statement.

A previous estimate, released Sept. 28, said almost 404,000 kilograms of the affected beef had entered the U.S.

The U.S. agency said products in that country which are subject to recall include steaks, roasts, mechanically tenderized steaks and roasts and ground beef. It says the products are considered “adulterated” and should be returned to the place of purchase or destroyed.

On Sunday, the CFIA added yet more items to its long list of beef products that have been pulled from store shelves across Canada.

The latest additions affect raw beef and ready-to-eat products sold in B.C. under the Africa Trading and HanAhReum Mart brands, or sold at Urban Fare.

E. coli was first detected at the Alberta plant on Sept. 4, but it took 12 days for the first of numerous public alerts to be issued.

‘Global recession is a possibility’: Lang on chaos in world oil markets 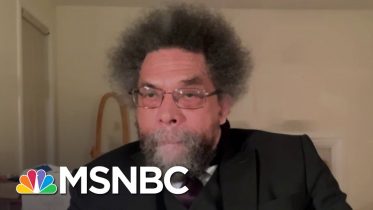 Sanders on Trump: This is a major effort to undermine election