‘You Want Him In Your Corner’: Obama Holds First Event Back On The Campaign Trail | Deadline | MSNBC

Washington Post’s Phil Rucker and former members of Congress Donna Edwards and David Jolly react to former president Obama speaking with Black men in Philadelphia, urging voters to not feel discouraged by the pace of change, and laying out the case for his former vice president. Aired on 10/21/2020.
» Subscribe to MSNBC:

‘You Want Him In Your Corner’: Obama Holds First Event Back On The Campaign Trail | Deadline | MSNBC

68 Comments on "‘You Want Him In Your Corner’: Obama Holds First Event Back On The Campaign Trail | Deadline | MSNBC" 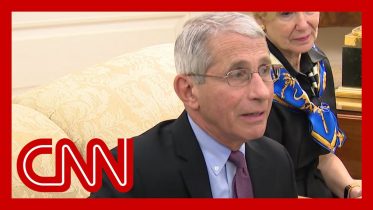 Patients with advanced Covid-19 who received the experimental drug remdesivir recovered faster than similar patients who received placebo, according to preliminary trial data, the…