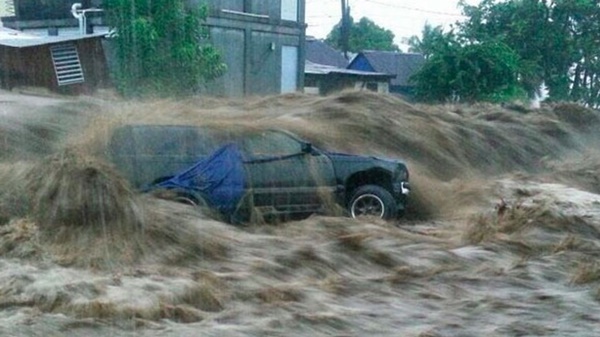 DOMINICA – Tropical Storm Erika pounded the eastern Caribbean island of Dominica on Thursday, unleashing flooding and mudslides that killed at least four people and knocked out power and water supplies.

The storm, which was forecast to reach Florida as a hurricane by Monday, dumped 9 inches of rain on Dominica late Wednesday, followed by another 6 inches early Thursday, according to the weather service in the nearby island of Antigua.

Police Superintendent Daniel Carbon said three of the deaths occurred during a mudslide in the southeast of the island. Authorities recovered the bodies of an elderly blind man and two children from the home.

A fourth death occurred in the capital of Roseau. The man was found near his home following a mudslide but the cause of death has not yet been determined, Carbon told The Associated Press.

Even though the eye had passed, heavy wind and rain were still buffeting the island known for its lush forests and steep terrain, and authorities had yet to do a full damage assessment.

“We’re advising people to stay put,” Carbon said, adding that they have received reports of several injuries but that he had no details.

About 80 percent of the island was without electricity, and water supply was cut off, authorities said. The main airport was closed due to flooding, with water rushing over cars and at least one small plane, and the scaffolding of some buildings collapsed.

The main river that cuts through the capital overflowed its banks and surging water crashed into the principal bridge that leads into Roseau, whose roads were littered with fallen trees and light poles. Some streets were turned into fast-flowing rivers.

“The situation is grim. It is dangerous,” said Ian Pinard, Dominica’s communications minister.

Sabra Luke, who lives in St. Joseph, the chief settlement of Dominica’s St. Joseph Parish, told CBSN several roads were flooded and destroyed. She said cellular service on the island had been cut off and many were unable to reach their families. Luke said she thinks many people weren’t prepared for the storm and didn’t expect it would be this strong.

Erika was centered about 160 miles west of Guadeloupe, and was moving west at 16 mph with maximum sustained winds that had slipped slightly to 45 mph, according to the U.S. National Hurricane Center in Miami.

Erika was expected to move near Puerto Rico and the Virgin Islands on Thursday and be near or just north of the Dominican Republic on Friday as it heads toward South Florida early next week. The storm was not expected to gain strength in the next two days.

Erika is now more likely to hit the island of Hispaniola, which is shared by Haiti and the Dominican Republic, said chief forecaster James Franklin at the National Hurricane Center. “That would certainly not be good news for Hispaniola,” he said. “They’re very vulnerable to flooding. And even if Erika is a weak system, that could be very bad there.”

Officials shuttered schools, government offices and businesses across the region and warned of flash flooding because of dry conditions caused by the worst drought to hit the Caribbean in recent years. Authorities warned power and water service might be temporarily cut off.

“We’re happy given the dry conditions, but it does highlight the need to be on alert,” he said, adding that heavy downpours could lead to flash floods.

Garcia activated the National Guard as a precaution and asked that everyone head home by noon on Thursday.

The heaviest rains were expected to hit Puerto Rico’s eastern region, with the storm expected to pass about 30 miles north of the island overnight Thursday, said Odalys Martinez, with the National Weather Service in San Juan.

Dozens of flights were canceled in the region, and the U.S. Coast Guard closed all ports in Puerto Rico and the U.S. Virgin Islands.

Meanwhile in the Pacific, Ignacio strengthened into a hurricane. The storm’s maximum sustained winds increased Thursday morning to 90 mph.

Hurricane Ignacio was centered about 1,135 miles east-southeast of Hilo, Hawaii, and was moving west-northwest near 13 mph.

Also in the Pacific, a new tropical storm formed Thursday morning. Tropical Storm Jimena had maximum sustained winds near 45 mph and was expected to strengthen to a hurricane Friday. Jimena was centered about 890 miles south-southwest of the southern tip of Mexico’s Baja California peninsula. 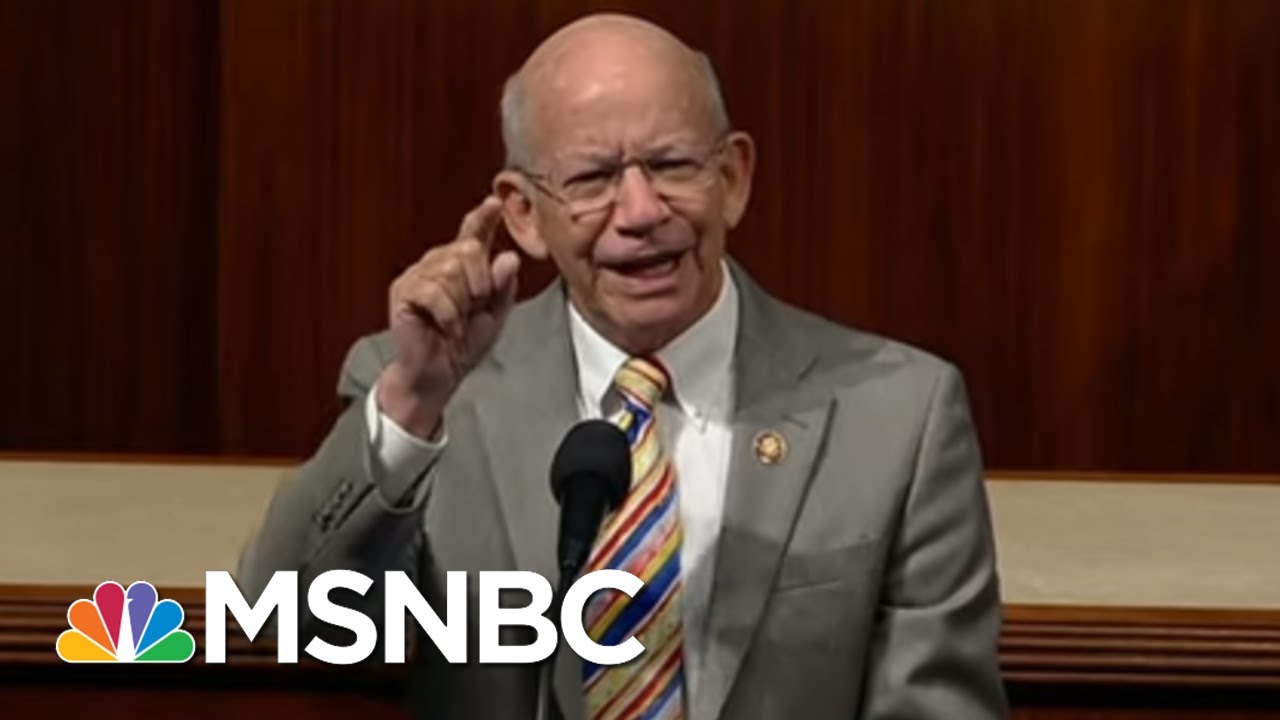 Impeachment Fact-Check: Military Funding Did Not Get To Ukraine, Shredding Trump Defense | MSNBC