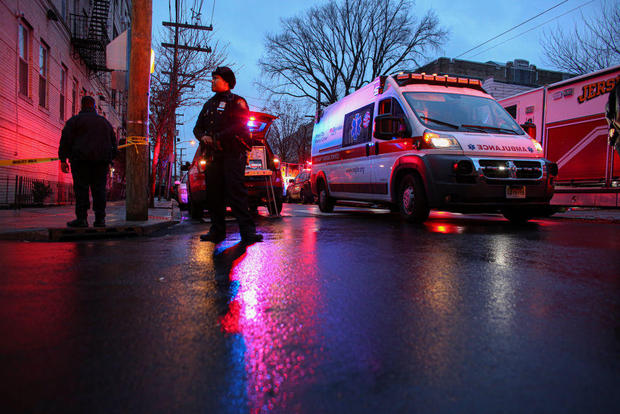 At least four people, including one police officer, were killed in a shootout in Jersey City on Tuesday, authorities said. The shooting broke out in a residential neighborhood, and officials believed killed were two suspects in the gunfight.

The incident began at a cemetery, where officers encountered two people who looked suspicious and engaged them. A detective, identified as Joseph Seals, died from injuries sustained at the scene.

The suspects then barricaded themselves in a grocery store. After the shootout ended, five people were found dead at the store, including two believed to be the suspects, Jersey City Police Chief Michael Kelly said at a Tuesday night press conference.

The sheriff’s department and some several police, SWAT, and ATF officers were on the scene. Officials said there is “no indication of terrorism.”

Jersey City Mayor Steven Fulop tweeted Tuesday night that after an initial investigation, authorities believe that the suspects targeted the location they attacked.

“Officers have come under attack, and we have several wounded. Our hearts are heavy, and the violence is not over. We need prayers,” the New Jersey State Policemen’s Benevolent Association said on Twitter.

Doll gets more diverse, but what damage did she do to previous generations? 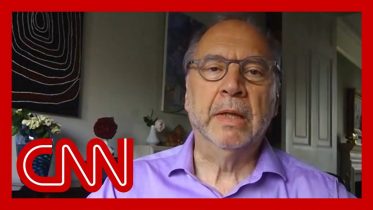 Legendary virus hunter speaks out after getting infected

Legendary virus hunter Peter Piot developed coronavirus symptoms in March and is still experiencing the aftereffects. He speaks with Christiane Amanpour about his ordeal….

Chris Hayes Podcast With Julio Ricardo Valera | Why Is This Happening? – Ep 68 | MSNBC