The morning of 9/11/2001 found me in Roseau, the capital of the Commonwealth of Dominica.  I happened to be staying at the Fort Young Hotel on that day.

Reaction in Dominica was one of shock and anger.  Prime Minister Pierre Charles, now deceased, expressed his disbelief and outrage.  Callers to local radio expressed incomprehension, anger, but also a good deal of skepticism.

The next day, I had a conversation with my friend and future business partner Mark Nestmann.  He told me, “This is the end of civil liberties in the United States.” I also had a conversation with Jack Pugsley, the late chairman of the Sovereign Society. He also expressed grave concern for civil liberties in the and felt the hysteria would be the cause that those in government would use to extinguish many of those liberties.

Unfortunately, both Mark and Jack proved to be correct. The Homeland Security Administration was created, U.S. Immigration & Naturalization Service was dissolved, the USA PATRIOT Act was passed in record time, just to name only a few of the major changes that took place.

Were these changes successful?  I suppose it depends on who you ask, but I think the real loser was the American public. Only in a society where fear is pervasive are people willing to give up civil rights in exchange for security.  As Padme Amidala said in the film Revenge of the Sith, “That’s how liberty dies; not by the barrel of a gun, but with thunderous applause.”

At that time, I had only recently relinquished my U.S .citizenship, after acquiring a passport from Dominica. When I foresaw what was coming , I knew immediately after 9/11 that I done the right thing. I am thankful that in the intervening decade, I have found both happiness and greater freedom living offshore than in the United States.

P.T Freeman is a friend, business partner, and former U.S. citizen who now resides in the Caribbean. 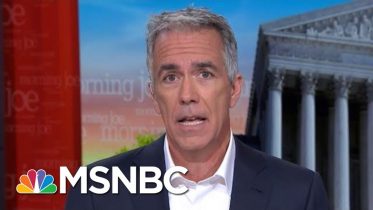