After Trump Lost Election, See How He's Losing In Court | The Beat With Ari Melber | MSNBC

In a special report, MSNBC's Chief Legal Correspondent Ari Melber debunks Trump’s voter “fraud” claims with the facts and the judges’ own words from court. Melber highlights the fact that Trump's own lawyer admitted there's no evidence of voter fraud under oath and that Trump's own aides are privately acknowledging they're aware this legal fight is "unsustainable." Aired on 11/12/2020.
» Subscribe to MSNBC:

After Trump Lost Election, See How He's Losing In Court | The Beat With Ari Melber | MSNBC

79 Comments on "After Trump Lost Election, See How He’s Losing In Court | The Beat With Ari Melber | MSNBC" 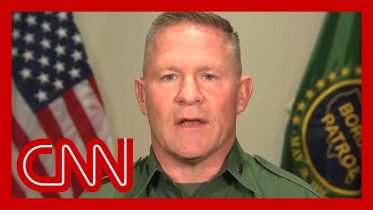 ‘COVID-somnia’: How the pandemic is interrupting sleep

PA State Rep. Kenyatta Bursts Into Song When Asked About Political Divide: ‘Which Side Are You On?’