Attorney General Anand Ramlogan says the Integrity Commission’s integrity will be under question if its chairman, Dr Eric St Cyr, did not recuse himself from the determination of the probe against Prime Minister Kamla Persad-Bissessar. Opposition senator Fitzgerald Hinds filed a matter for investigation against the Prime Minister under Section 27 (1) of the Integrity in Public Life Act. That matter related to the alleged acceptance of a gift by the Prime Minister in the form of housing accommodation after the general election last year.

Persad-Bissessar admitted to staying at the residence of her friend and businessman Ralph Gopaul at Pasea in Tunapuna. Gopaul was the preferred bidder for a $40 million contract to transport gas. St Cyr subsequently said Persad-Bissessar should have stayed at a hotel instead of the Gopaul’s home. Responding to questions during yesterday’s post-Cabinet news conference at the Office of the Prime Minister in St Clair, Ramlogan stressed that if St Cyr refuses to recuse himself from the matter, “that would most certainly create a virtual constitutional crisis because there would be litigation that could ensue.

“Just think of what that will do to our country and our constitutional arrangements, ” he said. Ramlogan said one of the possible outcome would be that Persad-Bissessar would have to seek judicial review of a decision of the chairman of the Integrity Commission. “The proper thing to do would be for the chairman to recuse himself from this matter because he will compromise the integrity of the Integrity Commission and the integrity of the process,” he said. “Whichever way he goes, it will open the commission up to legitimate and justifiable criticism about how the commission conducted its own investigation and deliberations in this matter.”

Ramlogan presented the advice of four prominent attorneys on matters relating to the issue. They were former Law Association presidents Martin Daly, SC, and Russell Martineau, SC, Alan Newman, QC, and Sir Fenton Ramsahoye. The general consensus from the attorneys were that the PM had done no wrong and breached no law with respect to her decision to stay at the home of the Gopauls. Three of the attorneys expressed concern over St Cyr’s comment, but Martineau said while St Cyr should have not said anything on the matter, he did not display any bias.

Martineau said he did not think St Cyr should recuse himself from the matter. Ramlogan later said the attorneys were to be paid for their advice, but he could not give the total cost. He said it would be made public in due course. Ramlogan said moves to have the PM investigated by the Integrity Commission was an act of political mischief by those opposed to her. He said the actions “appear to be a concerted attempt to tarnish the PM.”

He said it was the culture of citizens of this country to overnight by a close friend or family member.
And Ramlogan said he would receive and study the report of a committee appointed by Energy Minister Carolyn Seepersad-Bachan into the circumstances surrounding the selection of Gopaul’s company as the preferred bidder for the $40 million transport contract. He said he was expected to make a statement on the matter by Thursday. He said the complaint against the Prime Minister was one of political hypocrisy, based on what happened under the former Patrick Manning regime, where the then prime minister accepted a ride on a Repsol jet while the company was bidding for a major energy contract in T&T. “What is happening here pales into insignificance, there is certainly no comparison,” Ramlogan said.

Be the first to comment on "AG: Commission’s integrity at stake" 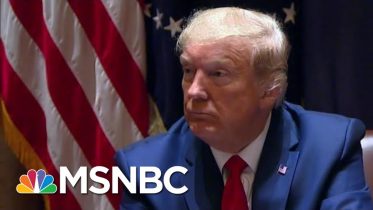 President Trump criticized Dr. Fauci one day after Fauci told senators that he doesn't have a "confrontational relationship" with the president. Aired on 05/13/2020….

Laurie Garrett: U.S. Does Not Have ‘Any Strategy’ For COVID-19 Testing | The Last Word | MSNBC