Skip to content
BARBADOS #1 IN THE WORLD FOR VISITOR SATISFACTION 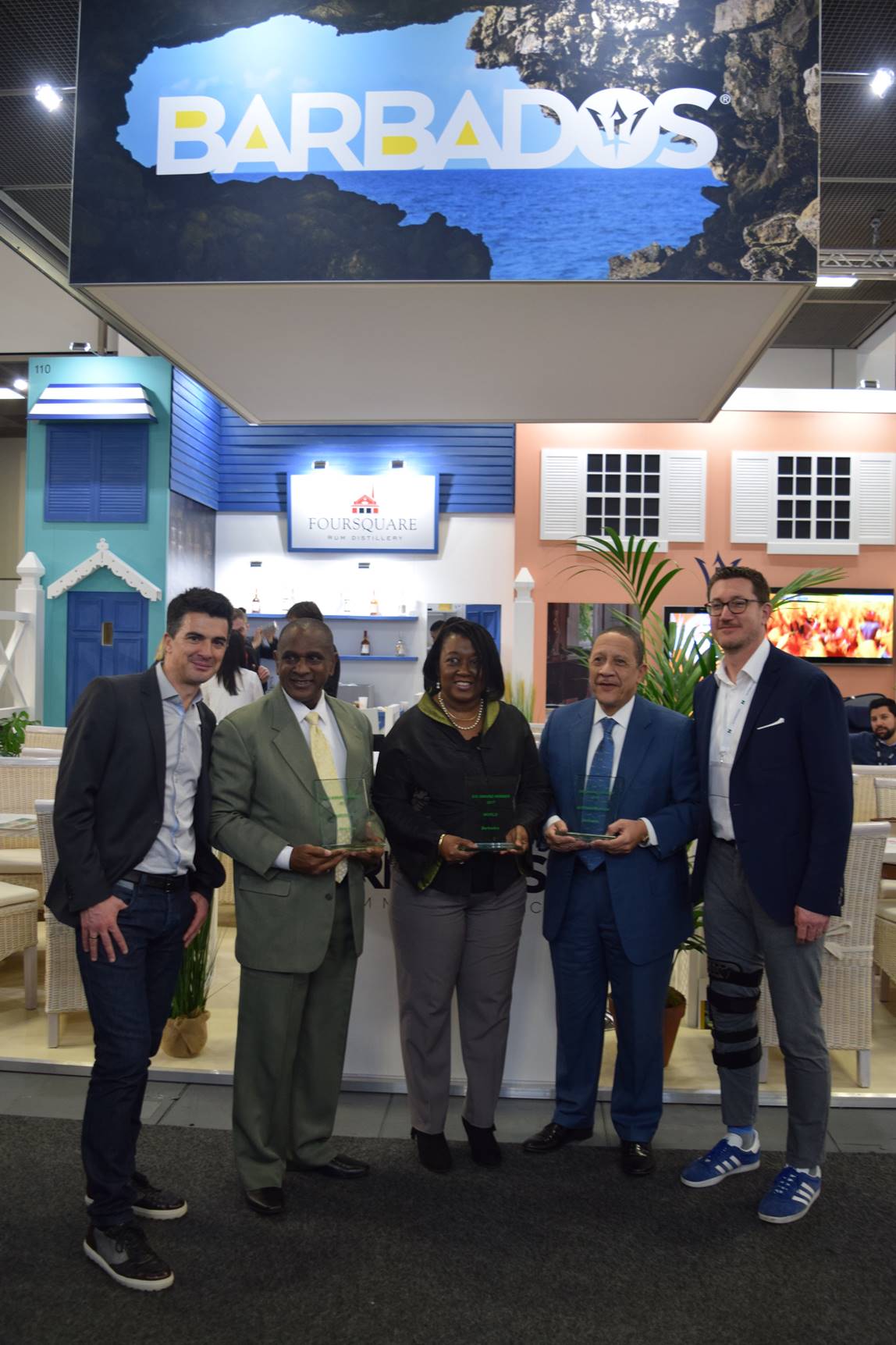 Berlin, GERMANY – Barbados tourism is once again in winner’s row, this time beating out destinations such as second-place Seychelles and third-place Bermuda, to land the number one spot on the 2017 Destination Satisfaction Index (DSI).

Throughout the year, over 70,000 travellers were interviewed around the world, giving their feedback on 20 categories including Beaches, Accommodation, Cuisine and Shopping. In the end, Barbados had the highest overall World score, 8.8/10, of the 144 countries included. The destination also ranked highest in the Accommodation category, and highest in the Americas region ahead of Bermuda and the Bahamas.

The awards were presented to the Barbados delegation, led by Donna Cadogan, Permanent Secretary in the Ministry of Tourism and International Transport, during a ceremony at ITB Berlin, the world’s leading travel trade show held in Germany’s capital city.

When asked what the award means for Barbados, William ‘Billy’ Griffith, CEO of the Barbados Tourism Marketing Inc. (BTMI), shared plans to leverage the accolade in the destination’s marketing communications over the next year. “For us it’s going to be very advantageous because with our marketing and our public relations, we’re going to be saying we’re best in the world, at least for the next 12 months. And I think it helps us in our quest to move forward in terms of pressing for success for Barbados tourism.”

Travellers most satisfied with Barbados

The DSI, developed and executed by two European research companies – Norstat and dp2research, is a metric that measures the overall valuation of a holiday destination based on the factors travellers find most attractive. The online survey was administered in 24 source markets, and the 70,000 interviews resulted in 1.4 million responses direct from travellers which informed the scores in each category.

Marc Leimann, Managing Director of Norstat Germany, said he is excited about how the study went. “The feedback was that people, especially when it comes to Barbados, were extremely happy with the trip provided. Barbados basically really challenged and won against the world in total.”

Stressing the value of visitor feedback, Griffith added that “the important thing is that… it was the customer’s opinion and that’s really what drives the energy in terms of what we do, and that’s why we think it’s such a validation and an endorsement of what we’re trying to achieve.”

Best accommodations in the world

Apart from the overall World award, Barbados also topped the Accommodation category, scoring 8.8/10 ahead of Bermuda which placed second, and the Maldives which placed third.

Cadogan lauded the sector’s international acclaim and spoke on the strategic steps which resulted in Barbados’ recognition. “Over the last year, 2017, we would have had about 43 different establishments which refurbished, therefore our product is being refreshed. We are making a concerted effort and working on our accommodation and it is bearing results as you have seen from the Accommodation award that we have received here today.”

Some of the hotels that underwent extensive renovations and refurbishments included Fairmont Royal Pavilion, Sea Breeze Beach Hotel and Elegant Hotels’ Treasure Beach and The House. New properties like Sandals Royal also opened their doors, and the international chain has already announced plans for a third property on the island, its famous Beaches, with construction beginning September 2018.

Griffith also congratulated the accommodation sector and commended their contribution to the destination’s high overall score. He added that the DSI Accommodation award further supports Barbados’ outstanding performance in the highly-recognized TripAdvisor Travelers’ Choice Awards. “We recently captured 13 Travelers’ Choice Awards for the Caribbean region. We placed across a diverse range of categories – Luxury, All-Inclusive, Best Service, Bargain and Romance. And what we’re really seeing here are different travellers from different countries all over the world giving their feedback on different platforms, and they’re all saying the same thing – that accommodations in Barbados are among the best in the world. That’s the main message here, that’s the main takeaway.”