Barbados reported strong tourist arrivals, a successful Year of Sports, and a slew of new activities, attractions and accommodations on the horizon.

During his presentation at the annual State of the Industry Conference (SOTIC) in Grenada, CEO of the Barbados Tourism Marketing Inc. (BTMI), William ‘Billy’ Griffith, gave an overview of how destination Barbados performed over the past year, and what’s new for the island.

He began by addressing the effects of hurricanes Irma and Maria. Although the hurricanes passed several miles north of the island, there is some overall confusion in source markets about which Caribbean islands were affected by the 2017 hurricane season. He said that the BTMI was working closely with its international public relations agencies to reinforce the message that Barbados was not damaged and is still safe and functional.

Year-to-date, the island is reporting growth in both arrival numbers and visitor expenditure. Arrivals to Barbados between January and August 2017 stood at 453,645, up 7.4% over the same period in 2016, with the U.S. and Canada recording the highest growth at 16.4% and 12.1% respectively. Meanwhile, cruise arrivals grew by 20.3% between January and August, compared to the same period in 2016, from a total of 323 cruise calls.

According to the Caribbean Tourism Organization’s (CTO) exit survey, visitor expenditure between January and June stood at US$587.7 million, up 5.3% compared to the same period in 2016.

These strong growth trends are expected to continue as several new services are being added at the Grantley Adams International Airport (GAIA). This December, the U.K. will see a new twice weekly Barbados-Heathrow direct service through April 2018, as well as a new Thomas Cook direct weekly flight from London Gatwick airport. In the U.S., Jet Blue has also announced a new year-round Barbados-Boston service, and the carrier’s Newark service will increase from eight to 24 rotations this winter.

Visitors taking advantage of these new services this winter will have their pick of new and refurbished accommodations, from luxury to adults-only. Sandals Royal Barbados is slated to be opened on December 20th 2017. Elegant Hotels’ The House and Treasure Beach are both undergoing extensive renovations to enhance guest experience and are slated to open in October and November. Also reopening this winter is the renowned Fairmont Royal Pavilion in November, and Sea Breeze Beach Hotel in December.

In addition to the new accommodations, the island will also welcome the world-acclaimed luxurious Nikki Beach at Port Ferdinand this winter, as well as the first of its kind Departure Beach by Virgin Holidays in May 2018.

To promote the diverse and quality offerings in the pipeline, Barbados’ winter campaign will focus on luxury. The winter campaign is geared towards promoting travel during the dominant travel period of December 2017 to March 2018, will target the affluent traveller and will commence in all major markets in October. A mix of traditional and digital marketing tools will showcase the effortless beauty and luxurious wonder destination Barbados has to offer.

Several culturally immersive experiences await visitors this winter and beyond. The diverse sports calendar continues as the Year of Sports comes to a close, with everything from motorsports like Festival of Speed, to sailing with the Dragon World Championship, and of course the highly-anticipated Run Barbados Marathon Weekend in December. Looking forward to 2018, the January Mount Gay Round Series will be rebranded Barbados Sailing Week to highlight the plethora of activities on offer that week.

Also on the menu for fall is the 8th annual Barbados Food & Rum Festival. From November 16-19, Barbados will feature a culinary and cultural immersion experience like no other, featuring both local and international culinary artisans, as well as polo, parties and fish fries. This year’s international chefs are Jean-Georges Vongerichten of the U.S., Tom Aikens of the U.K. and Chris De La Rosa of Canada. 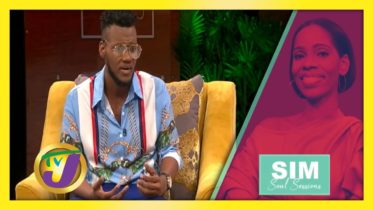 In this edition of SIM Soul Sessions, our very special viewers reach out to share how they feel about the show, and one special…

Chris Cuomo wants you to hear this quote from Trump