My fellow Citizens and Residents of Antigua and Barbuda

I begin this week by drawing attention to the hundreds of people who picketed the UPP regime last Thursday.

This mega picket followed closely the 15,000-people march of two weeks ago.

Together they show that the people of Antigua and Barbuda are utterly fed-up with the failed policies and disastrous practices of the UPP government which, each day, is further impoverishing our people and ruining our economy.

Never in the history of Antigua and Barbuda has there been a march the size of the 15,000 people demonstration and no picket has ever attracted such hundreds of people.

The country has had enough of the UPP who blatantly stole the general election of last March.

The people are no longer prepared to be ruled by a government the majority did not elect and which has clearly lost its way.

What is worse, the in-fighting within their own ranks has virtually brought collective responsibility in Cabinet to a halt, and the ministers are openly plotting against each other.

It is instructive that a meeting of the so-called concerned citizens, which is nothing more than a UPP hard-core, was held in the presence of the unelected Justin Simon, to call for the resignation of National Security Minister Errol Cort.

And, while the UPP is fiddling, the economy of Antigua and Barbuda is burning.

We are yet to hear what has happened with the much boasted about US$50 million from Venezuela.

Even more importantly, we are yet to hear what are the terms on which this money was made available, if indeed it is available.   Is it a loan; is it a gift?   What are the conditions attached to it?  And what does President Chavez want in return?

Also, what now is the extent of the national debt of the country?  Is it not true that the UPP has now so heavily indebted the country that the ratio of debt to gross domestic product is over 100%?    In other words, they have bankrupted the economy.

The country gets no answers from the UPP regime.  They have become a law unto themselves, completely and utterly contemptuous of the people.

You will recall that the Prime Minister told this nation in a broadcast on state-owned ABS radio and television, that the Labour Party is planning social disruption and illegal activity.   He was frightened by our 15,000-people march.

My prompt reply to him was that the Labour Party is doing no such thing, and I stressed that we were exercising our legal and constitutional rights to march, picket and use industrial action to alert the UPP to the fact that the country has had enough of its abuse.

Our mega picket this week was conducted orderly and with respect for the rule of law, even though the UPP regime had organised the riot squad and were itching to set them on the people.

But, we gave the UPP regime no excuse to provoke any incidents.

This is the responsible manner in which the Labour Party is conducting the people’s protests.

We will continue our protests until such time as the UPP reverses the draconian price rises on LPG, and reduces the price of gasoline and diesel.

The UPP has no mandate to burden the people with these costs when they have extracted over one billion dollars in taxes from them.

More particularly, the UPP has absolutely no mandate whatsoever to put our country into an IMF programme of any sort.

Before the March general election, all the UPP leaders called me a liar when I said that the IMF wanted a programme because of the UPP’s failed policies.   The UPP said they would never go into an IMF programme.

Yet, here we are today.  The IMF will be here in a few weeks and even worse measures will be implemented to hurt the people of this country than we have so far seen.

There are two things I say about my friend Ralph’s statement.

First, I know (though he has not said it) that he and other OECS leaders have been deeply concerned about the state of the Antigua and Barbuda economy for some years now under the UPP.

It would have been most helpful if OECS leaders had spoken-up to stop the UPP from its wanton borrowing and from its squandermania on projects that provided no lasting jobs.

It would also have been helpful if OECS leaders had spoken-up to stop the UPP regime from imposing personal income tax and Government Sales Tax all at once stifling the economy and forcing people to curtail spending and saving.

Second, Ralph is reported by the media in Antigua to have said that the IMF has a facility called the Exogenous Shock Facility.  The words he is quoted in the press to have said are:  “If I lose export earnings say for instance in tourism I can get 45 per cent of my special drawing rights; no conditions. I can get it at 0.5 per cent interest for 10 years with five years grace. Now I would be a complete crazy man if I did not take that money.”

Indeed, the truth is that brother Ralph has drawn about US$5.7 million for St Vincent and the Grenadines under the Exogenous Shock Facility of the IMF.

US$6 million under the Exogenous Shock Facility will cure not one ill in the disastrous economic circumstances in which the UPP has pushed our country.

So, with all due respect to my brother Ralph, he knows as well as I do that the Facility he describes is not what the IMF wants in Antigua and Barbuda.   The UPP regime has no answers to the economic problems of the nation; therefore they are surrendering our people to the dictates of the IMF.

Even in St Vincent under this very small facility, the IMF itself says that it expects the government to restrain spending by holding public sector wages and prioritizing capital expenditure.  St Vincent is also expected to maintain its government sales tax (or VAT) and pursue tax reform clearly with the intention of broadening the scope of taxation.

So even with the Exogenous Shock Facility which is only a little money in the scheme of things – St Vincent got only US$5.7 million – it is not without IMF terms and conditions.

My friends, the situation in which the UPP has driven us gives the IMF a perfect excuse for demanding much more.

We are now among the five most indebted nations per capita in the whole world.

Our unemployment is at 20% and rising.

Our single mothers can no longer sustain their families.

Big men are finding it hard to meet all their obligations.

And, for the first time in our history, we are seeing persistent begging in the streets.

In the meantime, violent crime is escalating and, despite all the promises, the UPP has not given our Police the tools to do their job.

It is time that this regime recognises that it can no longer take our nation down this tragic road to disaster, and that they have no authority to do so.

And, since the UPP continues to treat the people with contempt, the Labour Party, as their elected representative and their champion, has no alternative but to continue our legal and constitution battle against UPP abuse.

Before I end, I draw attention again to the fact that as Leader of the Opposition, I continue to be denied broadcast time on the State-owned radio and TV stations, while the UPP leader commandeers them at will for party political and partisan broadcasts.

I understand the dilemma of the staff of ABS radio and TV who fear for their jobs, but I call upon the media associations in Antigua and Barbuda and the Caribbean to take up the cudgels of press freedom to speak out against the UPP’s stifling of legitimate dissent.

My friends, I pray the blessing and guidance of Almighty God in our continuing quest to free our nation of the UPP albatross.

Thank you for listening

Be the first to comment on "Broadcast Statement by Hon Lester B Bird MP Leader of the Opposition On Sunday, 30th August 2009" 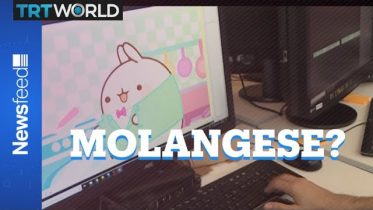 Trump Supporter On Tulsa Rally: ‘Not Worried About The Coronavirus’ | MSNBC

With Syria Pullout, Is Trump Threatening His GOP Senate Support? – The Day That Was | MSNBC