Christie, who is also the Prime Minister of the Bahamas, was addressing the inaugural Ministerial meeting of the China-Community of Latin American and Caribbean States Forum (China-CELAC) taking place in Beijing.

On his first ever visit to the Caribbean last July, Chinese President Xi Jingping said that the financing facility would be made available to the eight CARICOM countries that have diplomatic relations with Beijing.

China’s Ambassador to Trinidad and Tobago Hung Caio Ming said then, “I believe that this type of concessional loan is something that will be increased in …the future”.

Dominica’s Prime Minister Roosevelt Skerrit said the facility comes at a time when “the Caribbean and indeed the world is challenged with all sorts of economic and fiscal issues.”

As he addressed the meeting in Beijing Prime Minister Christie said while welcoming the three billion US dollar commitment “we will be raising at the conference the proposal to use this funding for budget support, as well as debt restructuring and refinancing”.

Prime Minister Christie said that in addition, given that energy, water, sanitation, coastal protection, and protection of critical coastal infrastructure are central to the capacity of CARICOM countries, all efforts must be considered to mitigate the effects of climate change.

“The reality is that a five foot rise in sea level would eliminate 80% of The Bahamas. Climate change is real for The Bahamas; it is a threat to our very existence.

“In this context, we actively encourage the building of the Sino-Latin American and Caribbean Cooperation Fund to provide resources according to the needs and priorities of the recipient countries.”

Prime Minister Christie said the desire of CARICOM countries is to see greater participation of emerging market economies based on “legitimacy, fair representation, responsiveness and flexibility”.

He said currently, the criterion for allowing or denying access to concessional financial is based on gross domestic product (GDP) per capita income and that CARICOM is pushing to eliminate this practice, as it does not adequately reflect the disparities and differences in development with the various islands.

The China-CELAC Forum was established with the objective of promoting political, economic, trade, people-to-people, social and foreign co-operation” between China and the Caribbean and Latin American countries.

It is made possible in part by the 20 billion dollars fund, which the Chinese government has set aside for infrastructural development through concessional lending, as well as through the diplomatic channels that have been fostered and nurtured in recent years. 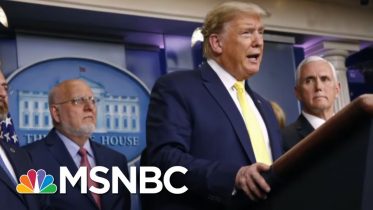 The rising health crisis around the spread of coronavirus creates a political reckoning for President Trump who says the world was ‘blindsided’. Aired on…

Poaching In The Pandemic: More animals being killed around the globe