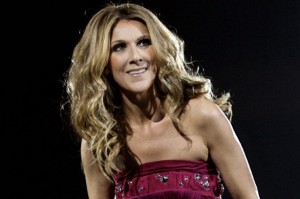 In tears, the 42-year-old singer of My Heart Will Go On explained for the first time publicly that a fetus died a few days after doctors discovered during an early-pregnancy exam that she was having triplets. She had undergone fertility treatment and artificial insemination.

“This little baby decided to leave room for the other two,” Dion said in the interview, taped a few days before she delivered the twins. “It was a shock. At the beginning, I just wanted to be pregnant but now I’ll always wonder. I wanted a girl. I kept the placenta so I got used to three little babies.

“The doctor explained to me that, when kids let themselves go early in a pregnancy, it’s because something’s not right.”

When the twins were born via C-section, meanwhile, Dion and hubby Rene Angelil decided to wait a while before naming them.

That’s done: No. 1 will be Nelson, after former South Africa’s president and human rights activist Nelson Mandela;  and No. 2 will be Eddy, after the deceased French songwriter Eddy Marnay, who wrote several songs for Dion.

Be the first to comment on "Celine Dion expected triplets, finally names the twins"

Utah County Commission Chair, Tanner Ainge, had to shut down an overcrowded meeting when the crowd erupted into an anti-mask protest after the discussion…

Will Republicans finally break with Trump?

Sen. Bob Casey On The State Of The Race In Pennsylvania | Craig Melvin | MSNBC