Amy Hess dreamed – as a child – of being an astronaut. A star student and athlete in high school, she studied aeronautical and astronautical engineering at Purdue – though poor eyesight dashed her NASA dreams. Instead, Amy got her start in the FBI as a special agent in Kansas City, working violent crime. She rose quickly through FBI ranks to run the Memphis and Louisville field offices, and to run two large FBI divisions at headquarters, where she oversaw FBI technology in one job and the FBI’s criminal and cyber work, in another. Those jobs made her the highest-ranking woman in FBI history. Today, Amy is back home as the Chief of Public Safety for Louisville, Kentucky – across the Ohio River from the small Indiana town in which she grew up.

Following the tragic March 13 shooting of Breonna Taylor in Louisville this year, and after we recorded this episode, Amy was named to lead police reform efforts in that city – to reduce use of force incidents, to review police policies and training, and to make recommendations on police disciplinary matters by establishing an Independent Civilian Review Board.
» Subscribe to MSNBC:

Trump Shifts His Focus To Reelection Amid Pandemic | Deadline | MSNBC

Pierre Poilievre throws redacted WE scandal documents: ‘All the substance is blacked out’ 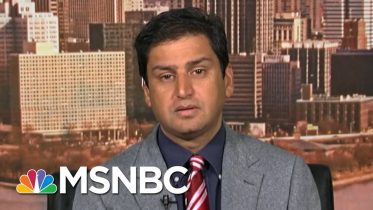 Dr. Amesh Adalja of Johns Hopkins Center for Health Security discusses the president's recent questions about a coronavirus vaccine and he discusses the severity…