“You really have to think of him as no different than a donkey with a carrot in front of him. The only difference is the carrot is a dollar. And he’s willing to sell out this country for his own personal gain,” says Michael Cohen discussing why Trump is so susceptible. Aired on 10/21/2020.
» Subscribe to MSNBC:

76 Comments on "Cohen: Trump Is A ‘Donkey With A Carrot’—And He’s Willing To Sell Out Americans | All In | MSNBC" 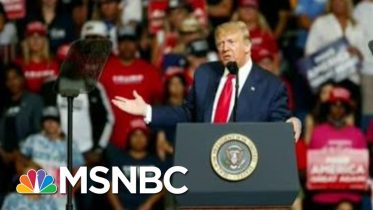