Daniel Lugay .....and That Attorney Alick Lawrence Deserved To Die 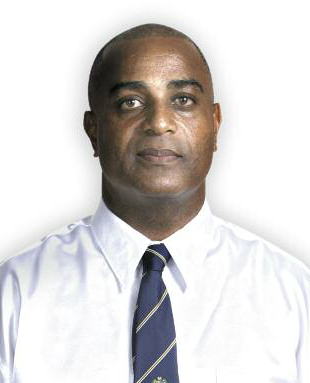 This is what the world sees:(where is the speech?)

ROSEAU, Dominica (AP) A legislator who publicly criticized an electoral official in the eastern Caribbean island of Dominica has been arrested and charged with inciting the murder of a public official. deserved to die. Lawrence is a member of Dominica’s electoral commission, and Lugay had accused him of obstructing electoral reform.

There have been no attacks made against Lawrence, and Lugay has since apologized for the statement.

Lugay is campaigning to represent the Roseau North constituency as a United Workers Party candidate. He was released from custody Thursday after posting bond. Daniel Lugay is a 50 year old family man, married with two children and a devout Christian. His formal training has been as a Rural Communications Specialist and he has thus worked as a Communications Manager for Dominica Banana Produces Ltd.; Video & Radio Producer, but also has experience working as an Agricultural Extension and Fruit Quality Specialist. A man known for his passion for, and promotion of sports, Danny was a member of the National Football team in 1978 & 1985, and is served as President of the Dominica Softball Cricket Association, and currently Member of the Lindo Park improvement Committee. He also holds membership in clubs such as the Henieken Saints and the Signman Allstars. Lugay’s sports development projects planning include the following: • The Lindo Park Development Plan; lighting, fencing, stands, joggers track • The Pottersville Savannah; lighting returfing and regrassing • The Tarish Pit Playing Field; lighting, grading, returfing and stands • The acquiring of lands for playing field at Fond Cole • The Pottersville and Goodwill Football Academy; adoption and securing sponsors. His love of community and sense of duty however extends beyond the playing field. Lugay has been a Roseau City Councilor since 1996, and as part of his campaign pledge intends to construct a Tourist Reception Centre, the acquiring of land and setting up of sheds for Relocating roadside mechanics, trade-men and small businesses, the upgrading of fishing industry at Fond Cole and Pottersville, and the identification of land for a Composting Plant and Tire Recycling Plant.

Be the first to comment on "Daniel Lugay …..and that attorney Alick Lawrence deserved to die"

Bill Gates: Wouldn’t have predicted US would do so poorly handling pandemic

Details of talks with hostage-taker revealed