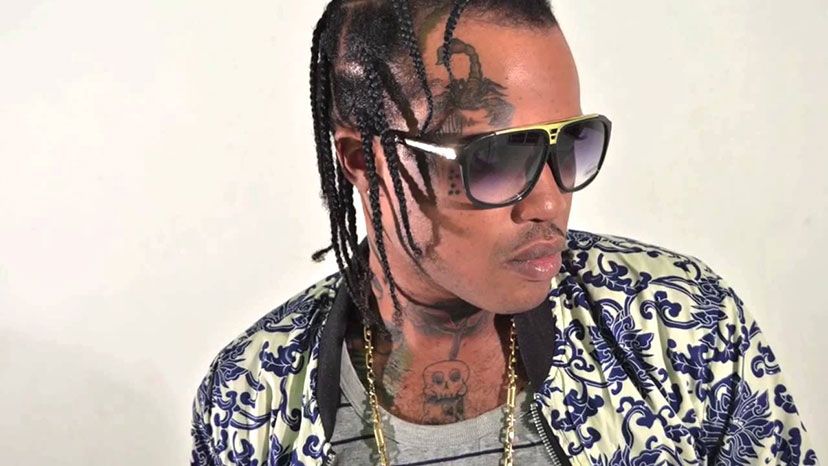 The  Dominica government Monday welcomed a ruling by the Trinidad-based Caribbean Court of Justice  (CCJ) dismissing an application filed by local show promoter, Cabral Douglas, in which he accused the government of causing a breach of contract with the Jamaican entertainer Tommy Lee Sparta’.

The CCJ is the island’s highest court and the matter was the first filed since the island in 2015, became a full member of the CCJ that was established in 2001 to replace the London-based Privy Council.

While Douglas has not yet reacted to the ruling handed down by a Five-member panel of Judges headed by the Court’s President, Sir Dennis Byron, Dominica’s Attorney General, Levi Peter, speaking on the state-owned DBS radio, said Douglas did not meet the criteria for filing the matter before the CCJ, which has both an Appellate and Original Jurisdiction and serves an international tribunal interpreting the Revised Treaty of Chaguaramas (RTC) that governs the regional integration movement.

“There are a number of criteria you have to meet and one of them is that you have an arguable case and the other is that you are prejudiced. In short the Court has found he has not satisfied the criteria of Article 222 to bring himself within the provisions…”.

Douglas had alleged that the action of the Roosevelt Skerrit government also caused multiple violations of his rights under the RTC, but the CCJ ruled that Douglas had failed to prove a breach of treaty rights which were intended to benefit him directly.

Tommy Lee, 26,whose real name is Leroy Russell, was scheduled to perform at a concert in February 2014, when on his arrival with three members of his team — Tiasha Oralie Russell, Junior Fraser and Mario Christopher Wallace — they were all denied entry, detained and deported the following day.

The Dominica government said its action was based in the interest of public safety as several organisations, including the Dominica Association of Evangelical Churches, had denounced the artiste’s appearance saying his music glorifies Satan and promotes lawlessness and violence.

The promoter of the Dominica show, Cabral Douglas, said the stance taken by the government was illegal and he was demanding more than three million US dollars in compensation.

“The applicant alleges that the rights conferred on him by Article 7 were infringed by the respondent. Specifically, he submits that the circumstances of the refusal of entry of the Jamaican nationals demonstrate an arguable case of discrimination on grounds of nationality.”

But the CCJ ruled that “it has not been established nor, so as far the Court is aware, admitted by Dominica that the denial of entry to the Jamaicans was in breach of the RTC.

The CCJ judges noted furthermore, Article 7 is not a stand-alone provision but rather was adopted to ensure that the rights enuring expressly or by necessary implication upon persons of the Community, were not thwarted because of discrimination on basis of nationality.

“Article 7 therefore does not confer an inherent substantive right but rather provides the rule by which the framers of the Treaty intended to ensure that rights granted, whether expressly or impliedly, were not distorted by discriminatory actions by one Contracting Party against the nationals of another Contracting Party.
“This explains why the Article appears within the Chapter dealing with the principles against which the remainder of the Treaty is to be interpreted and understood; and that its application is restricted to the ‘scope of application of [the] Treaty.”.

The judges also noted that Douglas had argued that the inability of the Jamaican artiste to provide his services as an entertainer pursuant to the 2013 contract, necessarily resulted in an infringement of the applicant’s freedom to provide services.
“It is difficult to identify what action of the respondent constituted a “new restriction” on the provision of services prohibited by Article 36 (1). The normal legislative or administrative measures that constitute ‘new restrictions’ include measures imposing new or additional age, licensing, qualification, or other competence requirements, and the like.

“The enforcement of previously existing immigration regulations in relation to persons entering Dominica may be inconsistent with the Treaty regime because, for example, such action breaches Articles 7 and 46, or the 2007 Conference Decision, but the enforcement of such regulations can hardly be considered the imposition of a ‘new restriction’ within the meaning of Article 36 (1).”

In its ruling the CCJ said it was grateful to Miss Gladys Young of the Caribbean Community (CARICOM) Single Market and Economy (CSME) Unit, who confirmed that “entertainment services” is an approved sector, as required by Article 36 (4), but notes that there is nothing to suggest that the holding of the Portsmouth concert was an approved activity within that sector.

The CSME allows for the free movement of skills, labour, services and goods across the 15-member grouping.

In the ruling the CCJ noted that Article 45 provides that, “Member States commit themselves to the goal of free movement of their nationals within the Community” and that created a binding obligation on the Member States to allow all CARICOM nationals hassle free entry and an automatic stay of six months upon arrival into their respective territories subject only to two exceptions: the right of Member States to refuse entry to ‘undesirable persons’ and their right ‘to prevent persons from becoming a charge on public funds’.

It noted that Douglas had alleged that the denial of entry to the Jamaican nationals, in breach of Article 45 and the 2007 Conference Decision, was of individual concern to him directly given that the very reason why the Jamaican nationals were exercising their Community rights was to perform a contract with the applicant.

“The Court is of view that the applicant’s reliance on Article 45 and the 2007 Conference Decision is misconceived. Article 45 is largely aspirational with the dispositive rights appearing in Article 46, which specifies the categories of skilled nationals who are entitled to free movement) and the 2007 Conference Decision, which grants the right of movement to all CARICOM nationals for non-economic purposes). “Neither of these provisions conferred rights which were intended to enure to the Jamaicans to provide services, far less so to the applicant.

“The attempt to link freedom of movement of Community nationals for noneconomic purposes with the right in Article 36 to provide services is misguided.”

The CCJ noted that it is for these reasons as outlined in the ruling that Douglas has failed to satisfy the requirement under Article 222 (a) to show an arguable case that the Treaty intended that a right or benefit conferred on a Contracting Party enured to his benefit directly.
“It follows that the Article 222 (b) requirement to demonstrate an arguable case of prejudice in the enjoyment of those rights, necessarily cannot be made out. In consequence, the application for special leave to bring original jurisdiction proceedings against the respondent fails.

“The Court notes that the applicant has not provided particulars of the claimed categories of damages; nor indicated how such damages are linked to the alleged wrongful act of the respondent; or given any suggestion how the amounts claimed were calculated.”

The CCJ ruled that both parties bear the cost of the matter.