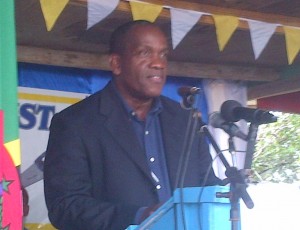 An integrated response by CARICOM and the OECS to the deadly Ebola disease is still the way to go, says Leader of the Dominica’s United Workers Party (UWP), Lennox Linton.

Linton noted the tardiness in an integrated response by CARICOM and the OECS to the deadly Ebola disease, and called for speedy action. While commending those countries which have taken positive proactive action to protect their citizens, Linton calls on Caribbean Leaders to rapidly develop and implement an integrated regional approach to the Ebola threat.

“We are one Caribbean. The Caribbean is a small geographic space, with heavy interisland travelling.  The Caribbean will be as safe as its weakest member”, he said.

Linton also believes the Roosevelt Skerrit administration has unwittingly increased the Ebola threat to Dominica by neglecting to engage the OECS, CARICOM and international health agencies proactively about a timely, integrated response to the deadly disease.

The UWP leader pointed out that during the seven months of the Skerrit administration’s myopia and inertia, Dominica lost crucial opportunities, such as the opportunity to spearhead an early and united response by the OECS and CARICOM, as well as the opportunity to engage international health agencies sooner and get help to shore up the challenged health system.

Linton contended that the incompetence and irresponsibility of the Skerrit administration was glaringly exposed because, as the Ebola threat intensified for seven months, Government gave the public absolutely no indication of taking any significant preparatory action.

The UWP leader indicated that a UWP administration will undertake urgent and progressive capacity-building in the health sector, targeting the most deficient areas first. He added that they will not hesitate to secure Dominica’s interests by proactively and effectively engaging the OECS, CARICOM and other external agencies. 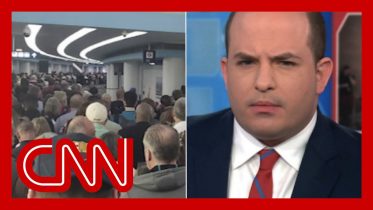 Brian Stelter reacts to airport lines: What the hell happened there?

CNN's Brian Stelter lays out the importance of the media holding the government accountable during times of crisis such as the coronavirus pandemic. #CNN…

Donald Trump Protests for 3rd Night Across America After Election! 11/12/16

Stelter: As the US death toll rises, here’s what Trump tweets