Roseau, Dominica – October 8, 2009……… As part of activities being held in Dominica to celebrate the 60th Anniversary of the founding of the People’s Republic of China, Dominicans are invited to attend a Traditional Chinese Music, Acrobat and Kungfu performance at the Arawak House of Culture on Sunday, October 11, 2009, from 7PM.

There will be a second performance on Monday, October 12, 2009 from 10 AM. Students from seven secondary schools have been invited to attend. Entrance is free.

A number of Dominican government officials and the Ambassador and staff from the Chinese Embassy here are expected to be part of the event.

The event is being organised by the Embassy of the People’s Republic of China in Dominica and the Guangdong Culture Delegation.

On Wednesday, September 30th 2009, a reception was held at the State House in Roseau attended by well over three (300) hundred persons, including the President of Dominica, Prime Minister, Minsters of Government and the Chinese Ambassador to Dominica.

It was on October 1, 1949 that the People’s Republic of China was founded.

Be the first to comment on "Dominicans invited to attend Traditional Chinese Music, Acrobat and Kungfu performance at the Arawak" 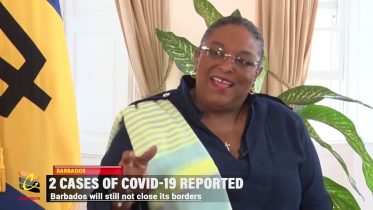 From Grenada to Barbados to Dominica to St Lucia to British Virgin Islands.