Kingston, Jamaica. January 10, 2011 – Wednesday, January 12, 2011, marks the first anniversary of the massive earthquake in Haiti.  In recognition of the importance of reflection and analysis and using insights to aid disaster response in the future, Panos Caribbean has partnered with York University in Canada to host a seminar on lessons (learnt and unlearnt) from the Haiti earthquake.

The seminar, which will take place today, January 10, 2011 at the Leith Room at York University’s Keele Campus will be hosted by the Disaster and emergency Management Program School of Administrative Studies, Faculty of Liberal Arts and Professional Studies at York in collaboration with Emergency Management Ontario (EMO).

“All societal crises, including natural disasters,  present opportunities for learning lessons and improving societal resilience, humanitarian response and building capacity to improve the handling of similar future events,” said Franklin McDonald, Panos Caribbean Board Member and former head of the Institute of Sustainable Development Unit at the University of the West Indies, Mona. McDonald is one of the key players in the event.

“For a variety of reasons the recent Haiti Earthquake presented and continues to present a special challenge for first response practitioners, emergency managers, researchers, educators, and those responsible for capacity building,” the veteran disaster response professional explained. McDonald was the head of Jamaica’s national disaster response agency in the early years of his career.

According to McDonald, through reflection, sharing of experiences, sensitive and careful analysis, Panos Caribbean and the York University community proposes to contribute to solutions to this significant challenge area by providing a space for airing, assessing exchanging and documenting a variety of lessons emerging from the crisis on its first anniversary of the earthquake.

Many prominent officials, scholars and researchers will be among the panelists and participants. The panel discussions include:

The seminar provides an opportunity to learn about this major event, meet and network with responders and stakeholders from diverse backgrounds and contribute to discussions on improving our capacity to deal with similar events and reducing the risks associated with future crises.

According to Jean Claude Louis, a Haitian who now lives in Canada, but who still works on development projects in Haiti, the earthquake is an unforgettable landmark in his country’s history.

“It is significant and it will be significant for the years to come. I don’t think it is something we will forget, everybody was affected in one way or the other and this earthquake has impacted Haiti significantly. I think now Haitians should take the time to remember those who have left them (died) in this awful disaster,” he said.

The earthquake destroyed almost all the buildings in Haiti’s capital, Port-au-Prince, killed close to half a million people, injured several more and left millions homeless. The powerful 7.0 quake spawned massive aftershocks up to months after and has been described as apocalyptic due to the extent of the damage parts of Haiti sustained and the large number of persons killed. The struggle to pick up the pieces still continues even a year after as millions of Haiti’s poorest and most vulnerable are living in fragile tent cities. To make matters worse, the island has been grappling with a deadly outbreak of Cholera since late last year which has so far killed almost 3,333 persons and about 140,000 have become ill with symptoms associated with cholera. The Cholera outbreak has further burdened a fragile and almost non-existent public health system which faced severe challenges even before the earthquake.

Jean Claude was not in Haiti during the earthquake, but like many Haitians who were outside of Haiti when the earthquake struck, he suffered immeasurable grief as news began flooding out of Haiti about the extent to which Haiti and its people were affected by the disaster. He was one of millions of persons in the Haitian Disapora who waited desperately for news of their friends and loved ones, struggling with fear and hope; One the one hand, dreading that they might be among the large amounts of those killed in the quake, while desperately hoping and that they would be found alive. Jean Claude will also be participating in Panos’ event today.

Be the first to comment on "Examining Lessons from the Haiti earthquake One Year After." 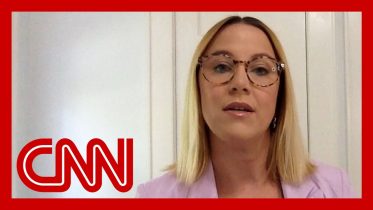 Reflecting on the events that have so far defined 2020, CNN's SE Cupp says President Trump has "collapsed spectacularly" under the weight of what…

Movie Reviews: ‘Frozen 2’ and ‘A Beautiful Day in the Neighborhood’