Mark Salter, former speech writer for John McCain’s 2008 presidential campaign, speaks with Nicolle Wallace about how Sen. McCain was graceful when President Obama defeated him in the election and how the idea of a peaceful transition of power is not unusual. Aired on 10/16/2020.
» Subscribe to MSNBC:

Chris Hayes: The GOP Made A Devil’s Bargain With Trump—And It Was Worth It | All In | MSNBC

WSJ: Trump Aides Warn ‘No Legal Effort’ Can Help Him Catch Up To Biden | All In | MSNBC 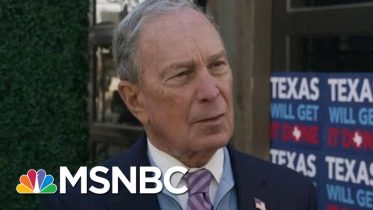 In an MSNBC exclusive, 2020 Democratic candidate Mike Bloomberg talks with Kasie Hunt about why he says the U.S. shouldn't trust Trump to handle…