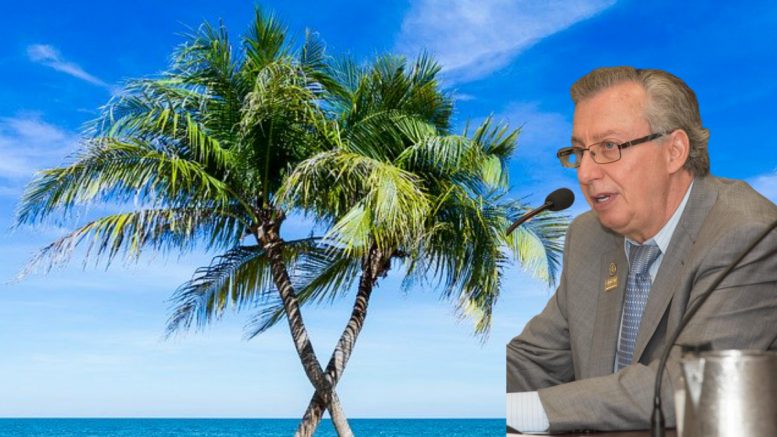 Frank Comito was citing the unprecedented pressures facing Caribbean hotels and resorts because of the coronavirus pandemic. The head of the Caribbean Hotel and Tourism Association (CHTA) called on those international tour operators who have delayed paying hotels for services delivered to the operators’ clients as early as January to expedite reimbursements.

In a letter to significant trade organizations representing the bulk of tour operators that do business with the Caribbean, CEO Frank Comito, Director General of CHTA, asserted that 69 percent of hotels report that they have not been receiving timely reimbursements. In his remarks, Comito called on tour operators to meet their obligations for services provided during the first quarter of 2020.

The average amount owed to hotels by tour operators is US$219,000 per hotel, “with several hotels reporting outstanding amounts over $1 million and one hotel being out-of-pocket $15 million,” Comito reported.

Noting the global crisis was threatening the survival of many Caribbean properties, particularly the small- and mid-sized independent features, which are a staple element of tour operators’ business, Comito wrote. He added, “We have become alarmed in recent weeks to learn of the extent to which some of your member tour operators are withholding reimbursements to hotels for services which were rendered as early as January and into February and March.”

Acknowledging hotels had was advised to expect reimbursement to take an average of 60 additional days, and as long as 120 days, from individual tour operators who cited staff shortages, high demand, and reduced cash flow as primary reasons for delays, Comito pointed out that “these payments were made to the tour operator by consumers, often many months in advance and were to be held in trust for payment to hotels shortly after the delivery of the services.”

Comito requested the international tour operator associations help CHTA by “reaching out to your member operators who work with the Caribbean urging them to make every effort to expedite their obligation to reimburse Caribbean hotels for services rendered.”

The CHTA chief said he understood the dilemma facing all in the travel industry. Still, he stressed: “the reimbursement of funds which were collected from the consumer far in advance and are obligated should take priority.”

Inferring the survival of Caribbean hotels is threatened, Frank Comito warned that the consequences of contributing to the demise of some Caribbean hotels “will also be long-term for your members. He added that the reputation of the sector, having already impacted the ability of many Caribbean hotels to meet their financial obligations to employees, vendors, and Government for taxes owed related to past activity.”

Stressing the interdependence of Caribbean hotels and tour operators, Comito reminded the recipients of CHTA’s letter that the association had been a longstanding resource for many tour operators working to develop their Caribbean portfolio:

“Through our B2B marketing efforts, advocacy work, and reach to our 33 member destinations and hundreds of properties, we’ve helped to create an environment that has supported the growth of your members’ business into the region.”

Looking to future cooperation, Frank Comito asked the associations to rein in some tour operators who are considering “one-sided attempts to revise future contracts as they seek new rate and payment terms. He pointed they are already asking for deep discounts which are difficult to provide in an extremely high-cost/low-revenue operating environment.”

The business relationships developed by tour operators with Caribbean hoteliers had been key to their mutual success over many years, and Comito voiced the hope to maintain and build upon those relationships as the world emerged from this crisis. “This will require to give and take by all parties,” he stated.

CHTA confirms that correspondence got transmitted to significant trade associations representing tour operators in Canada, Europe, the United Kingdom, and the United States.

The Caribbean Hotel and Tourism Association (CHTA) is the Caribbean’s leading association representing national hotel and tourism associations. For more than 55 years, CHTA has been the backbone of the Caribbean hospitality industry. Working with some 1,000 hotel and allied members, and 33 National Hotel Associations, CHTA is shaping the Caribbean’s future and helping members to grow their businesses. Whether helping to navigate critical issues in sales and marketing, sustainability, legislative issues, emerging technologies, climate change, data and intelligence or, looking for avenues and ideas to better market and manage businesses, CHTA is helping members on issues which matter most.

Anthony Astaphan calls for respect for the courts

ST. KITTS, NOVEMBER 10, 2011 (CUOPM) – A prominent Dominica-born attorney is defending the integrity of regional jurisprudence, saying it is regrettable that people would…

Panel: ‘You Can Take [McSally] Off List’ Of GOP Who Might Side With Democrats | MTP Daily | MSNBC

20,000 military moms can change a lot of lives | Militarykind