Washington (CNN)Republican Sen. Ben Sasse criticized President Donald Trump earlier this week during a phone call with constituents, saying a number of unflattering things about the President, including that he's "flirted with White supremacists" and "kisses dictators' butts," his office confirmed to CNN.
"The way he kisses dictators' butts. I mean, the way he ignores that the Uyghurs are in literal concentration camps in Xinjiang right now. He hasn't lifted a finger on behalf of the Hong Kongers," Sasse said in response to a constituent's question about his relationship with Trump and his past criticisms of the President.
"The United States now regularly sells out our allies under his leadership. The way he treats women and spends like a drunken sailor. The ways I criticized President (Barack) Obama for that kind of spending I've criticized President Trump for as well. He mocks evangelicals behind closed doors. His family has treated the presidency like a business opportunity. He's flirted with White supremacists," the Nebraska Republican said.

Trump voter: At first, I thought they were after him. Not anymore

73 Comments on "GOP senator unloads on Trump: The way he kisses dictators’ butts" 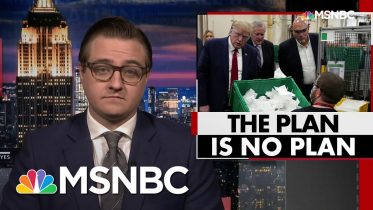 Chris Hayes: “The virus is not suppressed. The mission is not accomplished. And it is becoming clearer and clearer that Donald Trump never even…

Burnett: Trump’s failure to lead has had deadly consequences

How a day at the office for Dr. Mona Hanna-Attisha changed the city of Flint | Women of the Century