Fmr. Rep. Donna Edwards and Kevin Madden join Andrea Mitchell to discuss Republican Senators like Susan Collins, Mitt Romney, and Mitch McConnell breaking with Trump's false claims of a "rigged" election, while other GOP lawmakers like Kevin McCarthy have taken the same line as the president. They also discuss the takeaways of the election for Democrats on the hill as they look likely to lose seats in the House and potentially come up short in the Senate. Aired on 11/6/2020.
» Subscribe to MSNBC:

What NC Special Election Could Mean For 2020 | Morning Joe | MSNBC

“We are going to grieve her tremendously”: Gov. Gen. Payette on the Snowbirds crash 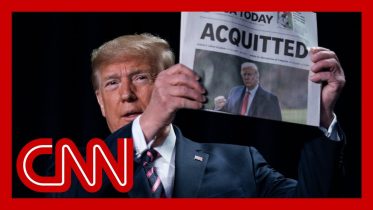 President Donald Trump began his speech at the National Prayer Breakfast by taking veiled shots at House Speaker Nancy Pelosi, who was on the…