Prime Minister Roosevelt Skerrit said that when Shernel Prince travelled to Trinidad on the first occasion for medical treatment, the government contributed TT$185,000 (US$30,800) towards her medical expenses.

“Having done that the family decided they wanted to do a second procedure. The Prime Minister’s policy…is that for us to provide you with assistance for you to go out of Dominica for medical services, you must get a referral from a consultant doctor resident in Dominica”.

He said when he patient left for Trinidad and Tobago on the second occasion, she did so without government knowledge and it was only when she arrived in Port of Spain contact was made with the government seeking about TT$200,000 (US$33.330).

“No with no documentation I cannot instruct the public service to make payments and there were other concerns which the consultants in respect as to whether the person really required the medical surgery etc.”

Media reports here said that the woman had surgery last week to repair a leaking valve in her heart and that efforts to help fund that major operation had included a local radio station raising EC$48,000 (US$17, 700).

The media reports said that the family had recently expressed disappointment that efforts to obtain additional funds from the Dominica government to assist Prince had failed.

Prime Minister Roosevelt Skerrit Address to the Nation – 17th May, 2020

CALIBISHIE POLICE STATION TO BE COMMISSIONED

‘An agent of change’: Former PM Joe Clark reflects on the life and legacy of John Turner 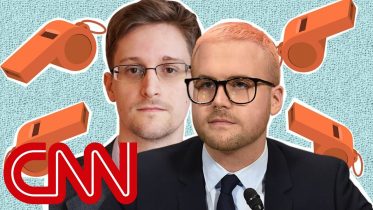 In this weekend edition of The Point, Chris Cillizza and guest John Kostyack, executive director of the National Whistleblower Center, talk about whistleblowers and…

Trump says we’re ’rounding the turn’ on Covid-19. Here are the facts