There have to be more games in Dominica. In contrast to some of the windswept new constructions we have seen elsewhere in the Caribbean, which appear to have been thrown up on marshland in the most inhospitable parts of the island, this was a beautiful locale, surely challenging the HPCA Stadium in Dharamsala as the most stunning cricket venue in the world. The camera spent as much time lingering over the tree-carpeted mountains and the port of Roseau as it did pointing at the cricket. And there was a full house. It took time for the ground to fill up, but then this was Sunday and there was church business to attend to. But by the time Chanderpaul had dropped anchor, the ground was full of parasol-wielding Dominicans, fanning themselves with scorecards and, away from the well-behaved stands, dancing, singing and causing a racket with a range of musical instruments, from a wheezy trombone to what appeared to be a small plastic horn attached to a length of garden hose.

It looked furiously hot out there. The occasional shots of the interior of the island, particularly the ice-cool emerald pool and the teeming waterfalls, were a welcome relief from watching all that perspiration. The South African jerseys appeared to be a mottled affair in three shades: dark green, light green and sweaty green. For a while Jacques Kallis, standing motionless at slip, reminded me of nothing so much as an enormous overfed lizard basking in the sun.

Chris Gayle doesn’t sweat, of course, but he was fuming. How can you tell? It is all in the angle of the head. Experienced Gayle watchers have learned to spot by the inclination of the Gayle cranium whether he is ecstatic with joy or about to strangle someone with his bare hands. Sulieman Benn, unfortunately, has not picked up this useful skill, and so when he refused to bowl around the wicket as outside his competence, he was informed by his captain that his services were no longer required.

Was he within his rights? Is this an anti-Barbadian stance? Or is it just the kind of thing that happens when it is just too damn hot and you’re losing 0-4? The heat gets people riled up, makes them want to lash out. During the course of the afternoon’s play, even the Bish became irritated and, temporarily abandoning his lofty perch of judgement, came down into the valley, fists swinging as he railed against administrators, players, selectors and everyone who has played their part in achieving the squalid status quo.

As ever when these Titans of Caribbean Cricket thunder their condemnation, it was hard to disagree, but equally hard to see what is going to change. The talent is there, it forces its way through, and there are plenty more like Darren Bravo and Adrian Barath. But when these talented youngsters get to the top, just as with England in the nineties, they find they are on their own. When the best thing to have happened to West Indies cricket in the last decade is a Texan fraudster with delusions of grandeur, then the writing is on the wall.

On Sunday the gods of cricket even played a nasty little trick on the home side, luring them into believing that they might, despite their jaded fielding and slow-motion batting, be able to win after all. The crowd, desperate to see a home win, delayed their exit. Incredibly, South Africa still needed one to win off the final ball. Then the inevitable misfield, fumble and act of frustration, as Bravo gave the stumps a good smack. The people of Dominica sighed and mundane normality was returned. They deserve better. They may have to wait a while.

Be the first to comment on "Heat, rage and yet more defeat" 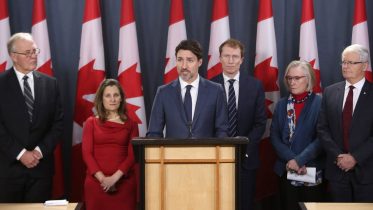 Trudeau’s change in tone on blockades “quite concerning”: Historian

Historian Sean Carleton discusses Justin Trudeau's comments on the ongoing blockades, and why the vague nature may leave the door open for action that…