NBC News national affairs analyst John Heilemann weighs in on Donald Trump’s political prospects 22 days out from the election, as new polls show Biden leading and the president heads back out on the campaign trail one week after his departure from Walter Reed Medical Center. Aired on 10/12/2020
» Subscribe to MSNBC:

Joe: The Democratic Race Is Now All But Over | Morning Joe | MSNBC 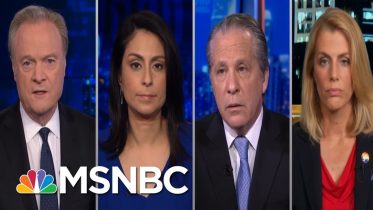 Sara Nelson, the president of the Association of Flight Attendants, tells Lawrence O'Donnell that President Donald Trump is not taking the Coronavirus outbreak seriously…

Cuomo: My 10-year-old knows better than what Trump just said

Why Flailing Republicans Are Lying About Roe v. Wade | All In | MSNBC