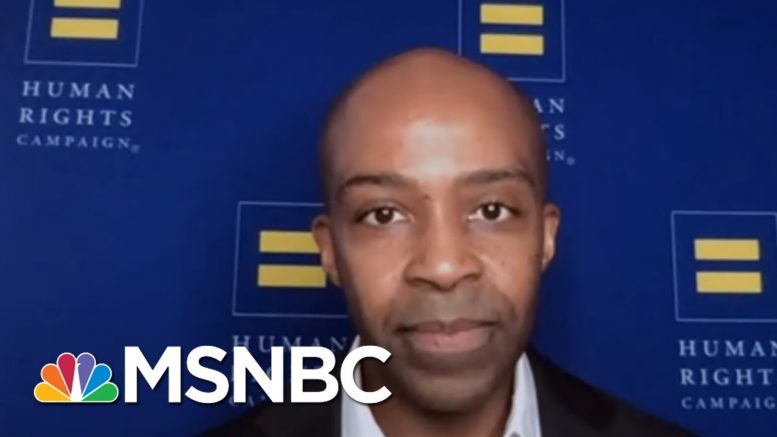 Alphonso David, the President of the Human Rights Campaign, joins Ayman Mohyeldin to react to the Supreme Court's landmark decision affirming employers cannot discriminate based on sexual orientation or identity. David says the fight is not over, and says his group will push to pass the Equality Act, intended to "enshrine" protections for LGBTQ people into federal law. Aired on 06/15/2020.
» Subscribe to MSNBC:

Maloney: If You Don’t Brief The Public On Russian Interference ‘You Are Probably Benefiting From It’

Katy Tur spoke with Bipartisan Secretaries of State and Attorneys General across the country. Every one assures their voters, mail in ballots and drop…