Lewis, of Oberlin High School, put on a strong and energetic performance to lead a group of exceptional students from CTO member countries in the debate that mimics a meeting of the CTO Council of Ministers and Commissioners of Tourism. In second position was Christopher Morgan of Harrison College in Barbados, with  Kirano Jivani  of Learning Unlimited Preparatory School in St. Maarten and Arean Louis of  Majorie Basden High School in the Turks and Caicos  Islands, tied for third.

Fourteen visionaries aged 14-17  presented a number of exciting ideas on sports tourism, social media and celebrity endorsements. Among the recommendations were an annual Nature Islands Games to attract visitors to Dominica, a high level tennis academy in Antigua and a museum in Jamaica to honour the country’s sporting heroes.

“Imagine entering a black green building, where, at the entrance, you are greeted by cool reggae music,  to the right, you see Usain Bolt and Shelly-Ann Fraser Pryce,  to your left, you find cricketers Courtney Walsh or Chris Gayle,” Lewis said of his proposed museum.

This year’s Youth Congress was held at the Eastern Caribbean Central Bank and was attended by Ministers, Commissioners and Directors of Tourism, senior tourism officials and 350 high school and tertiary students from the islands of St. Kitts and Nevis. It was chaired by last year’s winner, Kitwanie Carbon of Dominica.

CNN panelists get in fiery exchange over Trump’s tweets

Former House impeachment manager fires back at John Bolton: He didn’t have the courage to testify

Be the first to comment on "Jamaican students wins CTO Tourism Youth Congress, held as part of State of the Industry Conference" 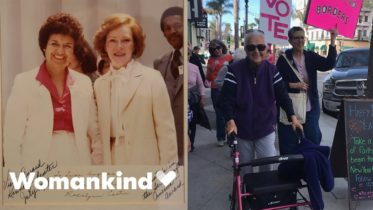 A former nun, proud activist and friend to multiple presidents, 91-year-old Lupe Anguiano proves you can change the world at any age. ✨ RELATED…

Trump Assures Administration, Fauci And CDC Are ‘On The Same Team’ | MSNBC