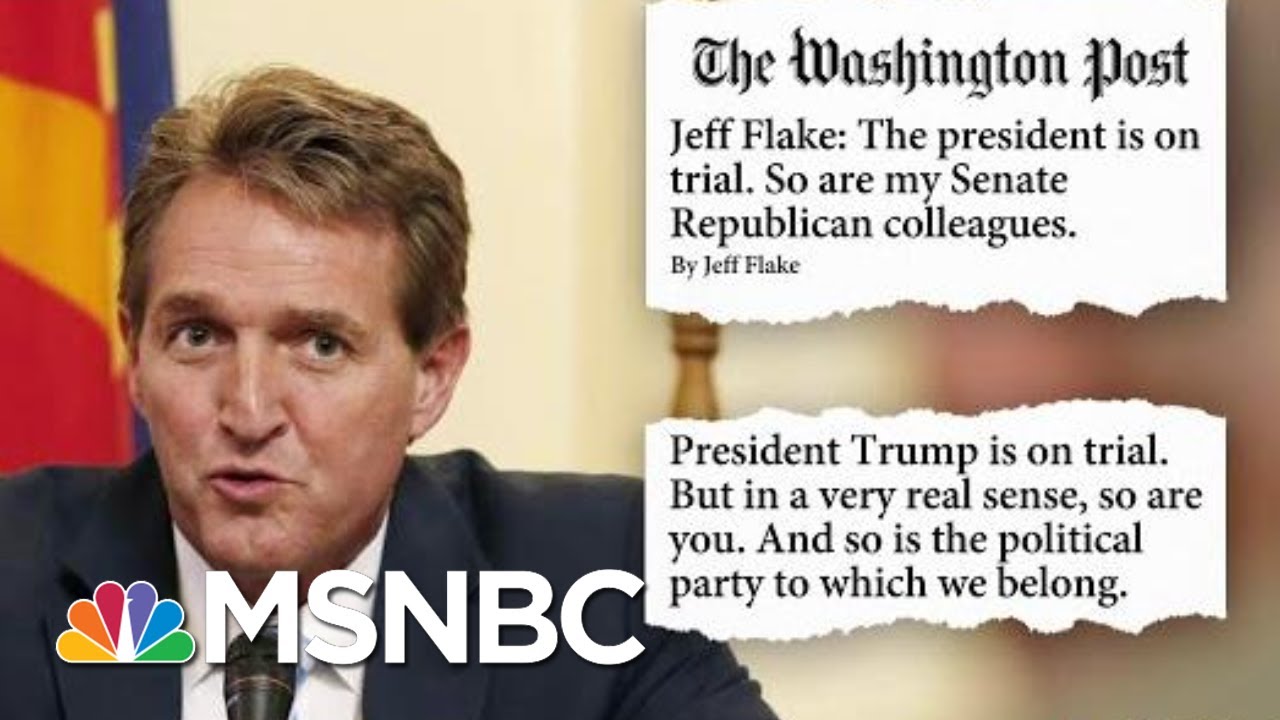 In a Washington Post Op-Ed, Former Senator Jeff Flake addressed his old Republican colleagues, saying, "President Trump is on trial. But in a very real sense, so are you. And so is the political party to which we belong." He warns that, "the danger of an untruthful president is compounded when the coequal branch follows that president off the cliff, into the abyss of unreality and untruth… If there ever was a time to put country over party, it is now. And by putting country over party, you might just save the Grand Old Party before it’s too late." Aired on 12/20/19.
» Subscribe to MSNBC: